Life is a periodic table that makes it difficult for everybody to stay on one true path, but it is rare to find someone that knows at the early stages in life on what they would want to become. A lot of people changed their aspects about a career within a few days, weeks, months, or years depending on that individual. Loren LoRosa is a unique breed that strutted from the runways of fashion and intertwined fashion with a start of molding her television series with Angela Simmons called Angela I Am TV.

“Fashion and Fashion modeling are my first love. I love the camera and the stories that you can tell through a few photos with the right outfits. The runway is so addictive. The only reason I began to do other things was because I noticed modeling does not last forever. I wanted to diversify myself within the industry so that I have a unique angle and set of qualifications in addition to my walk or my look when I walk into a casting call says Loren.”

Loren had gotten her big break when Angela Simmons had a casting call to be on her Youtube series, she had gotten through the first round and was called to do a second interview, but as soon as she thought she was going to do the second interview Angela told her that she had gotten the job. After being with Angela and her crew for some time Loren decided to host her own show called 2LTV. “By being hired as one of the first host of Angela I Am TV, a lot of people began to take me and my dreams more serious to the point where I was able to take my own YouTube platform 2LTV to a different level.” 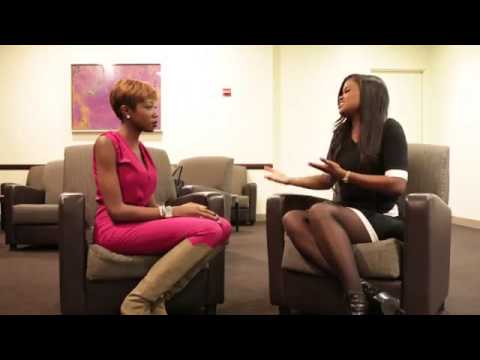 From her experience with working along with Angela, Loren had took the aspect of always going for a bigger purpose.”No matter how big or small the experience is you have to want more for yourself as well as the brand that you are molding and that was what I had took from this “blessing in disguise” opportunity.”

In five years, I want 2LTV to be the most sought after Entertainment News/ Pop Culture web based visual media platform in the world. I plan to continue working with major entertainment individuals on projects like Angela I Am TV, so that I am able to channel everything I learn both directly and through experience into dominating the web television space.

One of many quotes that Loren uses each and every day to prepare for her day is, “Start Now! Don’t wait for the perfect opportunity, don’t wait for that dream opportunity, and definitely do not wait for the approval of others! If you want to get into the entertainment field or progress within in your dream, you have to start now. Build up your connections, be confident within yourself, and never lose sight of your dreams.”