Guests arrived in crowds for cocktails at the Academy Awards Viewing Party followed by a gala dinner and viewing of the 88th Academy Awards® telecast. For the fourth consecutive year, Chef Gordon Ramsay, British celebrity chef, television personality, restaurateur, and holder of 14 Michelin stars, prepared an exquisite five-course meal for guests to relish. 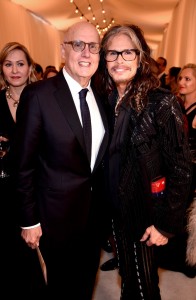 The feast was followed up by a lively auction, which featured Mariah Robertson artwork, a five-day vacation at Steven Tyler’s Hawaiian retreat, a stunning BVLGARI Serpenti 18kt white gold full pavé diamond necklace, four unique crystal sculptures from the Elton John Music Is Love for Lalique collection, and tickets to the exclusive Vanity Fair Oscar Party later that evening. After the auction, Elton John and his band took the stage for a memorable performance of some of his greatest hits, plus several numbers from Elton’s new album Wonderful Crazy Night.

Audi, BBVA Compass, StyleHaul, and TheBLUEFISH partnered with EJAF as the evening’s Co-Sponsors, Fin Gray and Michael Melnick were Associate Sponsors.  The Foundation is especially grateful to the City of West Hollywood for the continued collaboration with EJAF on shared goals.  American Airlines is the official airline of the Elton John AIDS Foundation.

EJAF Founder Sir Elton John thanked his guests for enthusiastically contributing in the evening’s audience participation feature, which enabled guests to make gifts to the Foundation on the spot using their cell phones. Pledges to support the Foundation’s urgent mission were shown throughout the nightfall in video messages from EJAF supporters including Samuel L. Jackson. Live messages from EJAF friends Matthew Morrison and Jeffrey Tambor encouraged guests to text in. 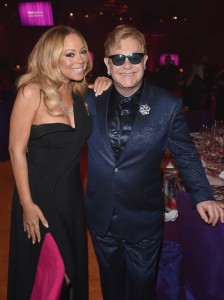 “By supporting our work, you are standing up against the issues that drive the AIDS epidemic. You are speaking out against racism, helping to end poverty and homelessness, and rejecting homophobia,” said Elton. “You are advocating an end to mass incarceration and supporting universal access to drug rehabilitation and healthcare for all.  Fighting AIDS means fighting the things that divide us. Ending AIDS means ending these injustices.  By being here tonight, you are saying NO to stigma, NO to the status quo, and YES to a more just and equal society and the end of AIDS.” 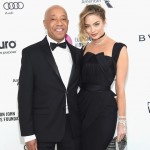 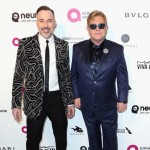 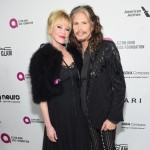 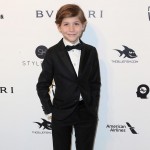 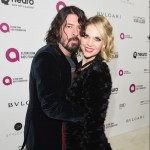 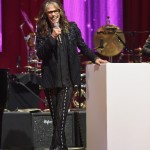 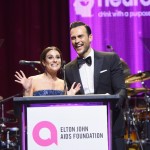 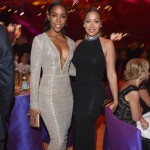 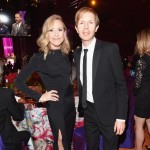 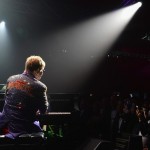 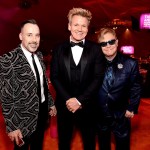 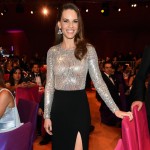 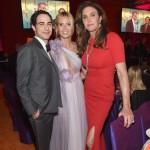 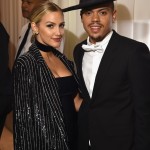 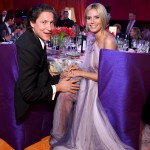 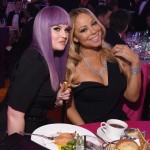 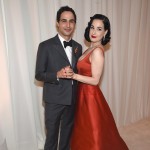