We Miamians know what it is like to craft when pressed. On August 13th 2016,  A crowd of pages were scribbled on by Jean-Michel Basquiat’s presence the night of the opening “Basquiat: The Unknown Notebooks.” Tufts of spectators flooded the stilts of Perez Art Museum Miami to immerse themselves in the art and language of Basquiat that compliments much of Miami’s cultural aesthetic.

On the night of the opening, while arriving to the exhibit (at Miami-time) everything may have begun to seem like art: the traffic, a stop-motion of lights; the people in suits walking hand-in-hand with those in bandeaus and leggings; the chance of rain a shadow shaded gray-black over a cerulean sky. The electronic music may have lent us synesthesia while colors burst from the terrace. Upon entering the exhibit, colors collapsed to scribbles from about 160 pages of Basquiat’s composition notebooks. 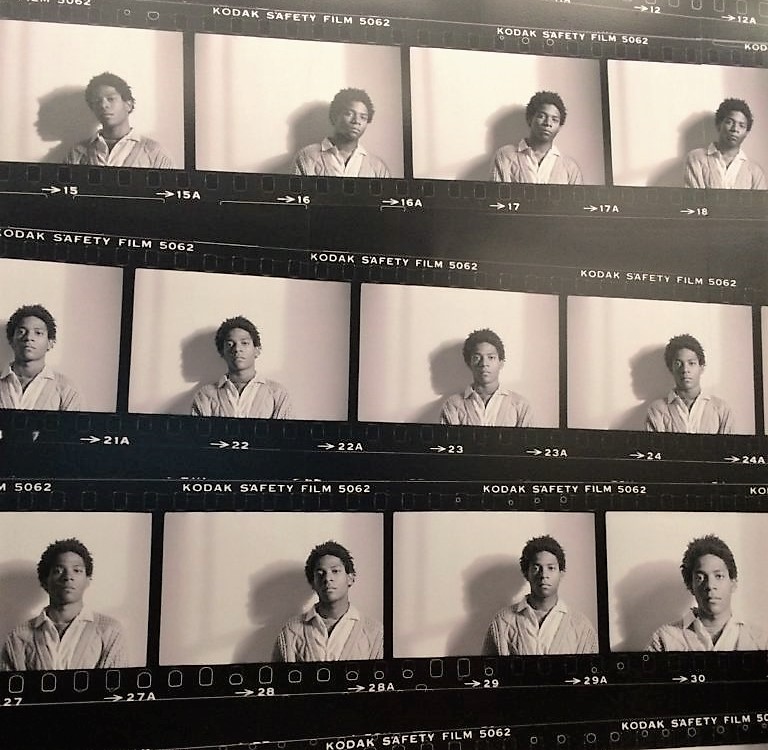 The opening kicked off with an with an art talk by artist William Cordova followed by a discussion with PAMM Director Franklin Sirmans and PAMM Assistant Curator María Elena Ortiz. Lines wrapped the halls of PAMM like extensions of artwork, and intergenerational commentary was a soundtrack for the night. The humid air on the terrace shifted Caribbeans, Miami natives, and tourists like breaths; Basquiat was alive in the beats spilling from the speakers and the languages pouring out of us like tongues in homage.

Earlier in the memory of that night, Tradisyon Lakou Lakay dance ensemble and DJ Gardy performed a traditional Vodou-inspired dance accompanied by immersive melodies and rhythmic roots music of Haiti, Africa, Latin America and the Caribbean, combined with retro electronic music. Men the age of Basquiat’s legacy spoke of “SAMO” and New York in the 80s with a haze of remembrance. Families scribbled together in a room set up with tables, composition paper, books, a Basquiat playlist, and utensils. 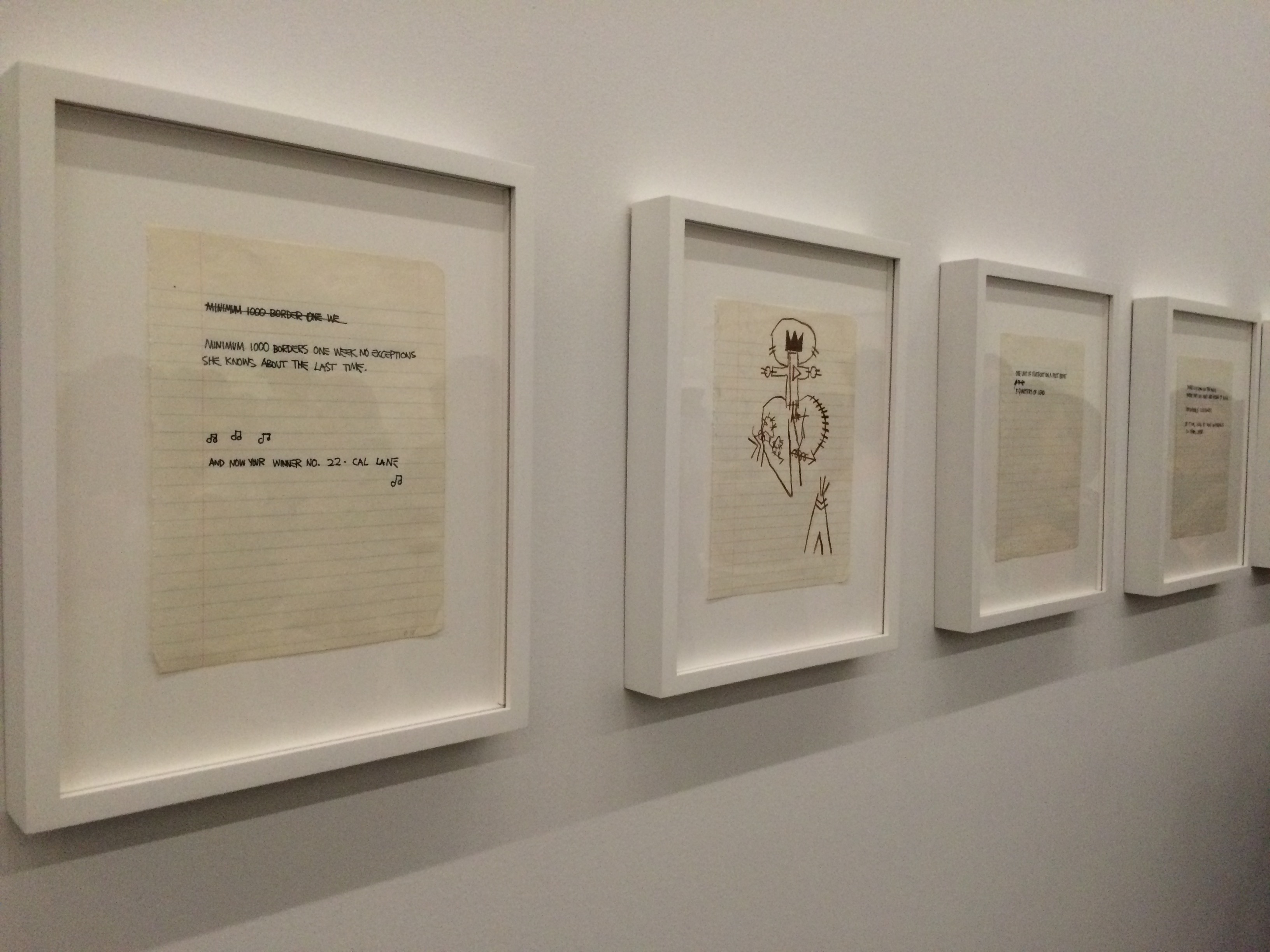 The whole time that one walked around the museum there was the roar of a crowd trying to connect to art together, and there was the internal stillness while viewing Basquiat’s work. The quiet so quiet “a pin drops like a pungent odor.” Within us, each page of his notebooks registered like pens pressed to a page. Everyone was either an artist or a writer on the night of the opening. When we danced we were both. The entire exhibit was immersive, and truly a tribute to the late Jean-Michel Basquiat. 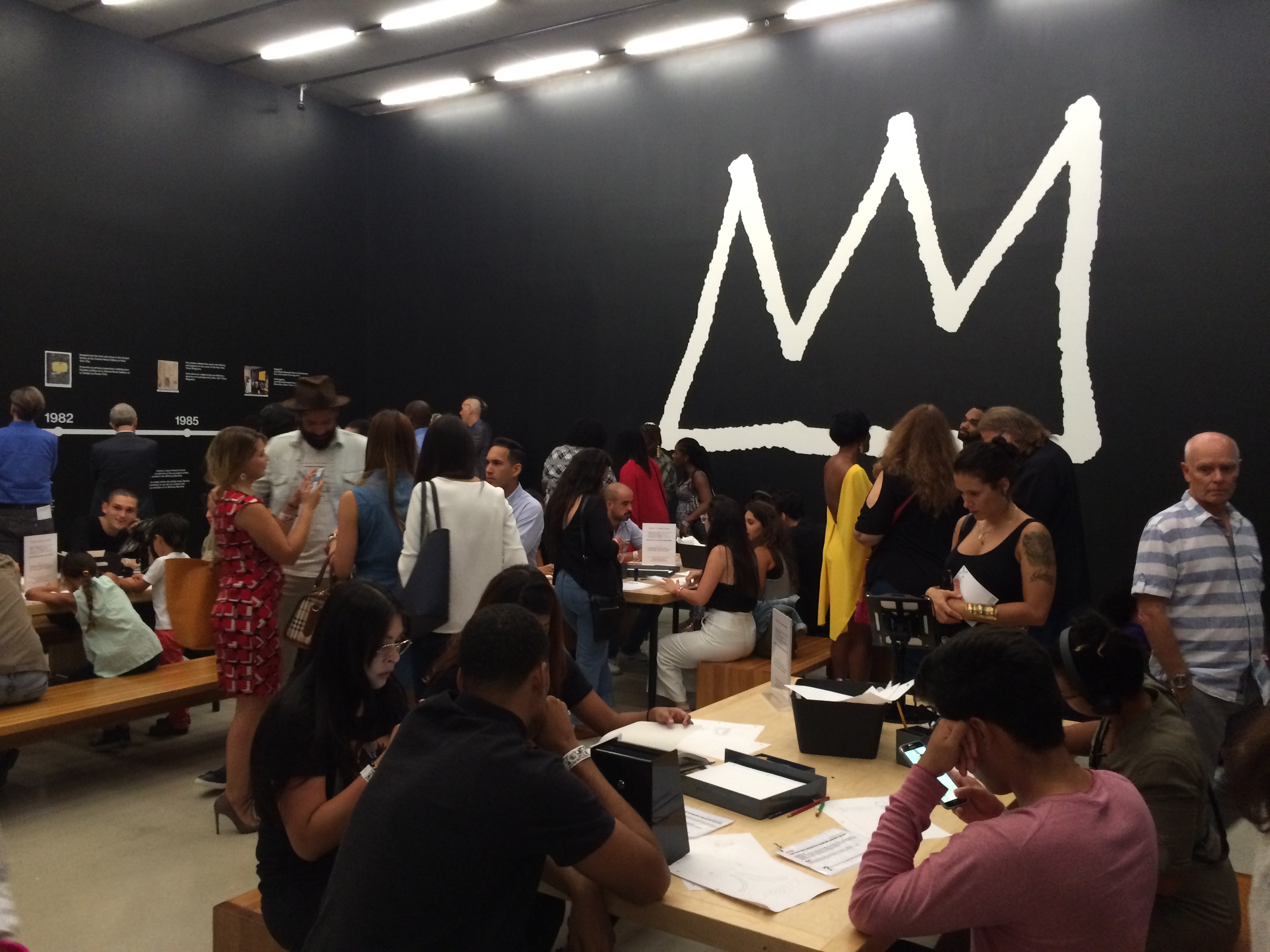 “Basquiat: The Unknown Notebooks” is organized by the Brooklyn Museum and is curated by Dieter Buchhart, guest curator, with Tricia Laughlin Bloom, former Associate Curator of Exhibitions, Brooklyn Museum. A fully illustrated catalogue accompanies the exhibition (open until October 16th 2016. Surely, for all who attended the opening and have trickled back to PAMM for another look the presence is a cluster of found poetry. Everyone is going back for another look. We live for PAMM’s Thursdays, and over the past few weeks we have lived and relived Basquiat’s unknown notebooks. Everyone should go see the exhibit.  For more information visit : http://pamm.org/ 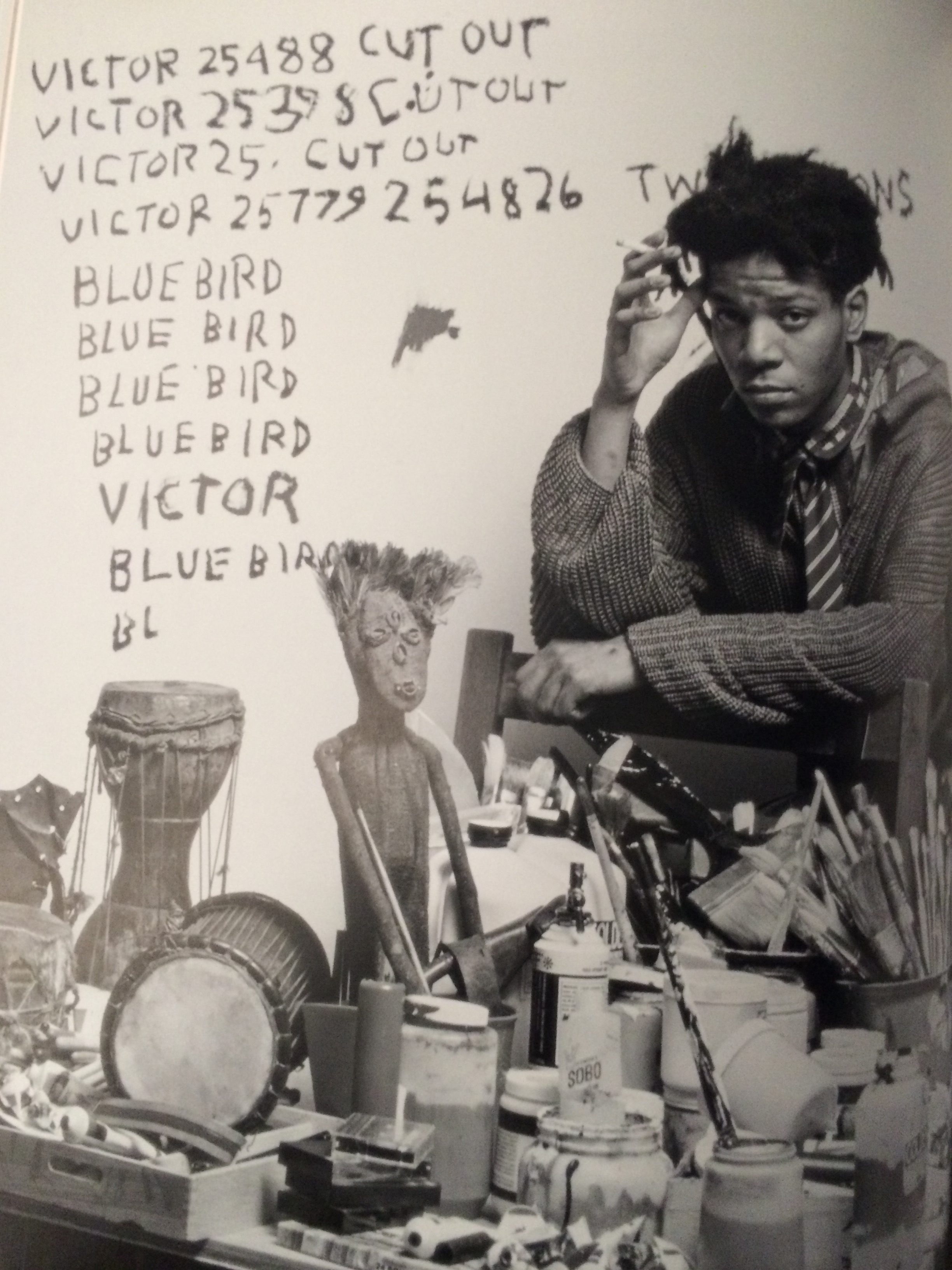