From January 4th to January 7th, 2018, thousands gathered on the white sands of W South Beach to witness the Beach Polo World Cup. Known as the world’s largest beach polo tournament, the four-day event marked the end of several years hiatus and made a big debut with style and flair.

“We couldn’t be more excited to see our vision come to fruition with the return of Beach Polo World Cup. After five years of tireless work, we are thrilled to have reintroduced the event in its proper form, and look forward to many successful years to come!” said Tito Gaudenzi, Founder of Beach Polo and President of Lifestyle Companies.

Attendees were treated to lavish food presentations and premium open bar served Whispering Angel, Macallan, Foss Marai Prosecco, and La Croix, and Potions in Motion catering. A DJ was spinning great music between matches and beautiful works of art decorated the venue space.   Event sponsor La Martina even created a limited-edition Beach Polo clothing line that was on sale at the La Martina retail tent on-site throughout the three days of matches and at the La Martina store in Aventura Mall.

No Miami event is complete without celebrities. Shark Tank’s Kevin O’Leary and Daymond John, Sex and the City writer Candace Bushnell, Alexis Stoudemire, Jeremy Shockey and former Victoria Secret model Inés Rivero were all in attendance to watch the athletes and thoroughbred horses gallop across the sand. 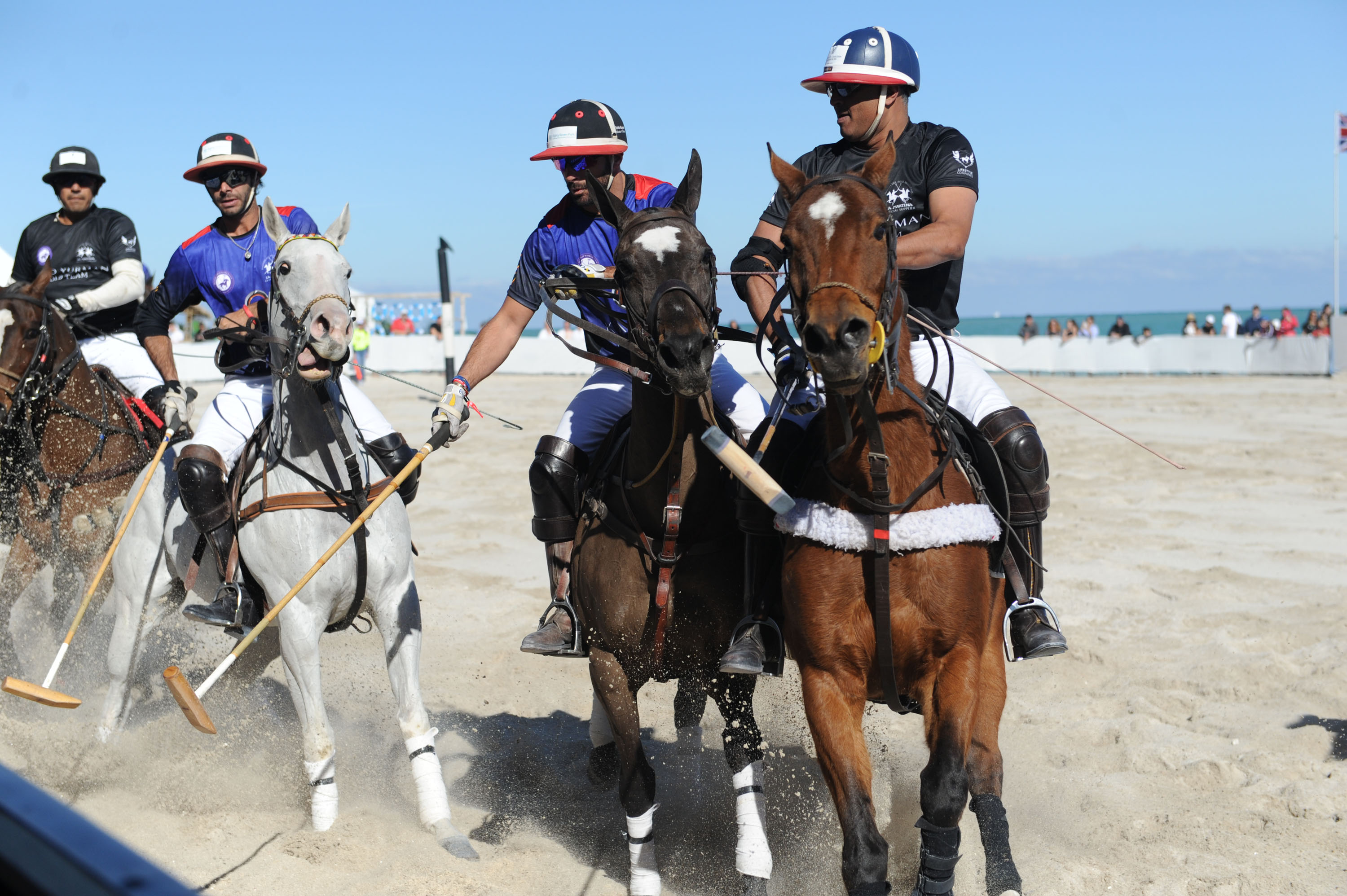 Just when it seemed like things couldn’t get any better, the event organizers and sponsors hosted a series of events that started when the matches finished. The four-day extravaganza began Thursday with the official team and sponsor presentation at the Living Room Bar at the W South Beach. This year’s sponsors included David Yurman, La Martina, Karma, W South Beach, Chateau d’Esclans, Bal Harbour, The Macallan, Belvedere Vodka, Whispering Angel, and The Bass Museum among others.

That evening guests were invited to the tournament launch party at Delano Hotel where the champagne flowed freely.

The matches officially began Friday morning at 11:30 am and ran through Sunday. Each day the matches wrapped up at 4 and then evening activities would begin right after.  David Yurman hosted an invitation-only cocktail event at Bal Harbour shops one of the evenings and attendees in the mood for an event later headed over to ORA nightclub post-match for “Polo Players Night” or WALL Lounge at W South Beach for the “Après Polo” social gathering. 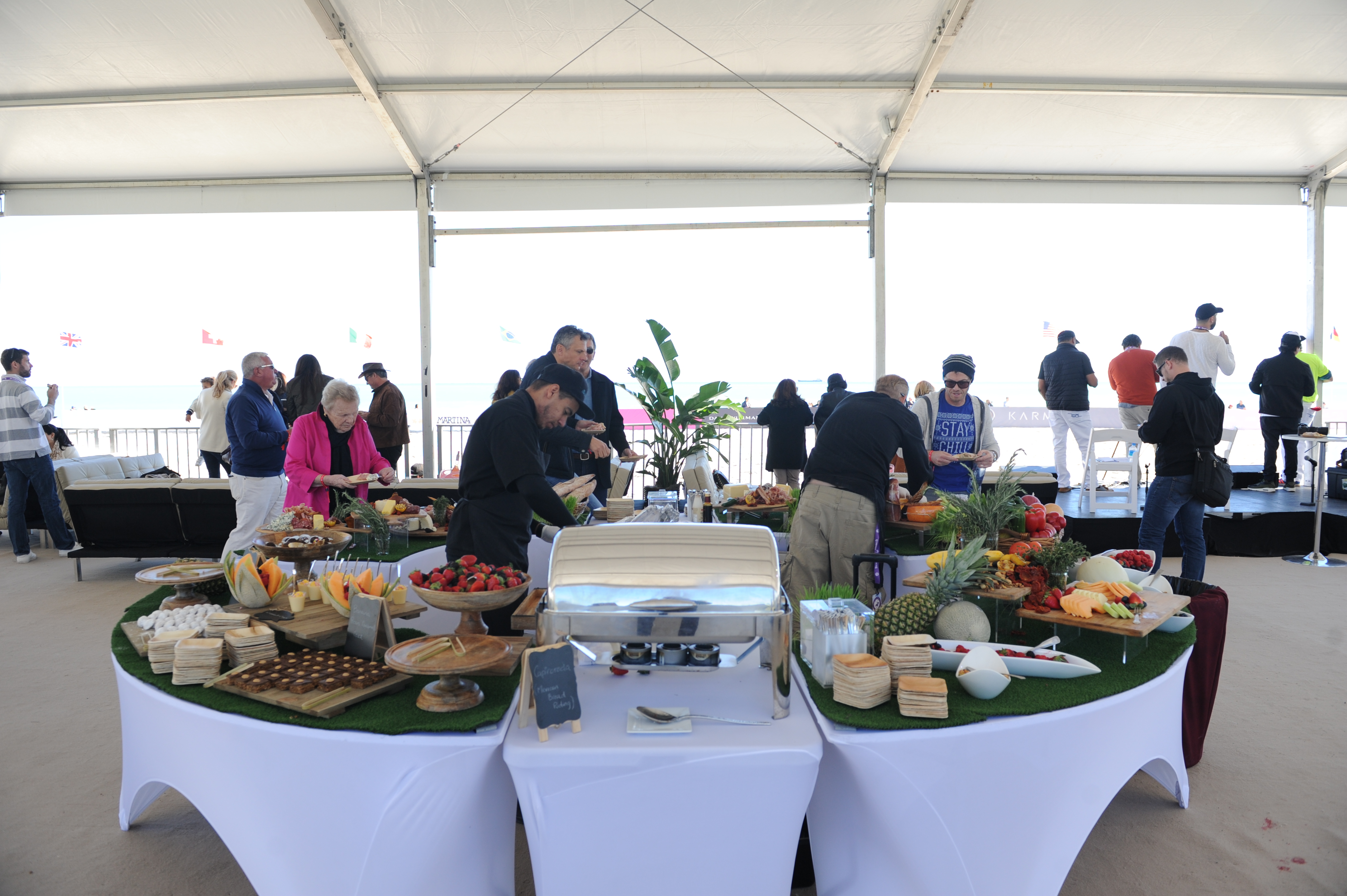 The Bal Harbour Village Women’s Cup featuring the Peoples from Barbados’s women’s teams took place on Saturday and a charitable match to benefit The Bass Museum took place on Sunday. The traditional post-event awards ceremony was held after the last match to commemorate competition winners. The La Martina team featuring Riley Ganzi, Juan Bollini, and Jesse Bray was the winner of Beach Polo World Cup while Nic Roldan of the Macallan team was named MVP.

“We are excited to be making Beach Polo a premier annual event in South Florida. The turnout well exceeded our expectations, and we can’t wait for many more great events in the years to come,” said Melissa Ganzi, Co-Founder of Beach Polo World Cup. 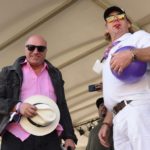 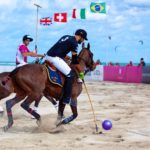 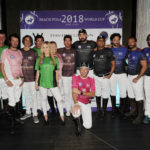 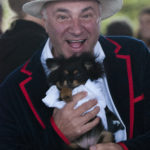 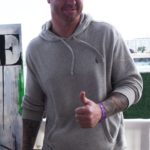 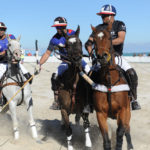 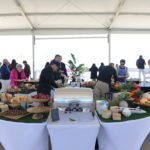 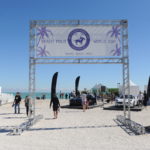 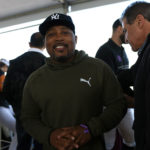