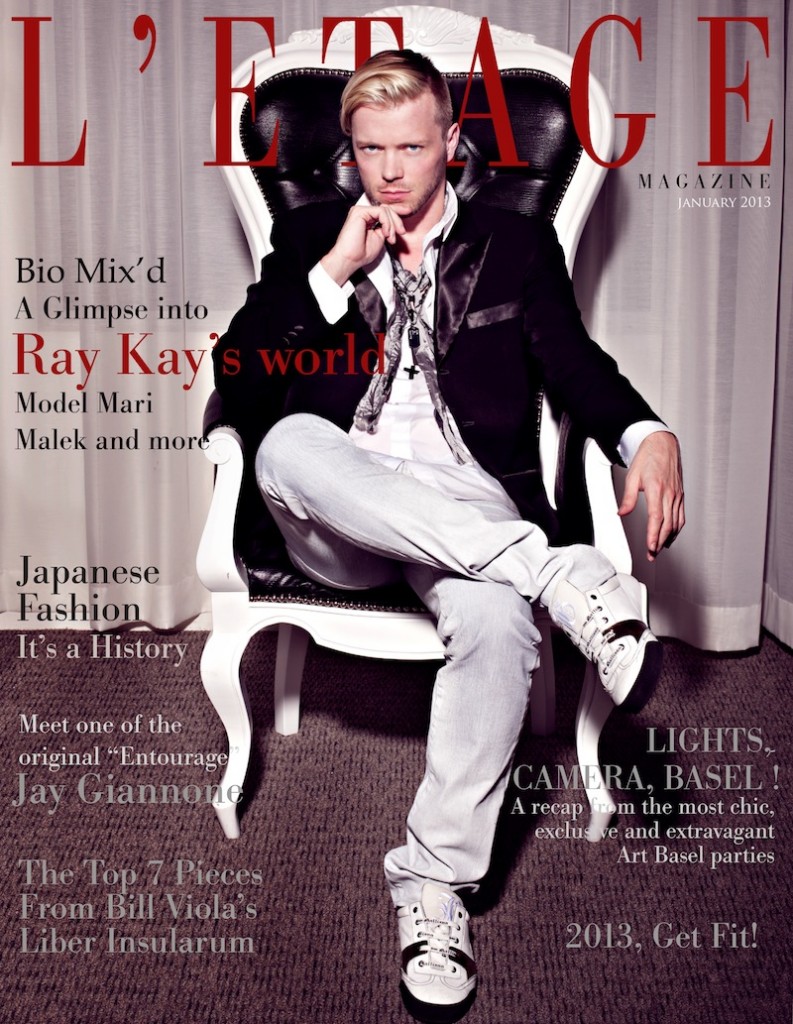 He is one of the most sought-after music video and commercial directors in the world. Ray Kay has created sleek cinematic music videos for music’s biggest stars, such as Britney Spears, Lady GaGa, Justin Bieber, Beyoncé, Steven Tyler, Diddy, Enrique Iglesias, Cheryl Cole, Willow Smith, James Blunt, Gloria Estefan and more. He has won numerous music video awards, including MTV Awards. Ray is also a successful photographer, shooting editorials, advertising, and album packaging in both Europe and the US.

Overall, Ray Kay’s music videos have been viewed more than 1 billion times on YouTube, and his music video for Justin Bieber “Baby” (watch video) is the 2nd most viewed video on YouTube, with over 800 million views.

Ray Kay will make his feature directorial debut with “Paranormalcy”, a fantasy film based on the New York Times bestselling book by Kiersten White. He is currently developing the project with Gil Adler and Reverie Partners. Ray Kay lived in Miami for a time before moving back to Los Angeles.

“That is the best feeling in the world, when other people get inspired by what you have done.”

L’Etage: So, How did you get your start in directing music videos?

Ray Kay: After working with TV in Norway for a few years, I was 21 years old and needed a new challenge. I chose my big passion; music videos. I managed to book a few local music videos with shoestring budgets. I did everything myself and got my friends to help out as crew. It’s important to be proactive and create your own destiny – you can’t wait for life to happen. Make it happen. 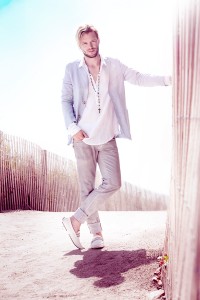 L’Etage: Looking back to your early childhood years, what would you say was your first experience with either film or photography?

Ray Kay: Well, when I was a kid, my dad was very interested in the arts, although to him it’s just a hobby. He had a camera and would do some paintings, and I became inspired by seeing him doing his art. But I wanted to also learn myself. So we built a darkroom in the basement at our home, and I would take his camera and start shooting photos. He taught me how to use it; all the basics of photography and aesthetics. I would take pictures of my friends, my city, and anything that peaks my interest. As I grew better at the craft, I really studied and read many books. I also had the best mentors in the world that I could possibly find on my way into perfecting the craft.

L’Etage: You have directed one of the most watched music videos on YouTube, Justin Bieber’s “Baby” (watch video)– which has around 800 million views. All in all, your videos have been viewed over 1 billion times on YouTube. What emotions did you feel when you heard the jaw dropping numbers? Did you feel honored? How exactly did you feel?

Ray Kay: The way we measure the success of a music video in 2012, is by the view count on YouTube. So to me, hearing these numbers was the ultimate reward I could get as a music video director.

It’s important to be proactive and create your own destiny – you can’t wait for life to happen. Make it happen.

L’Etage: Which videos would you say you’ve enjoyed working on the most?

Ray Kay: The one I enjoyed working on the most was Steven Tyler’s because I’m usually highly stressed during a video shoot and I’m always working really hard to deliver the best possible results. For me it was such a pleasure working with Steven, he really wanted to have fun with the entire process, so I managed to loosen up and have fun as well. 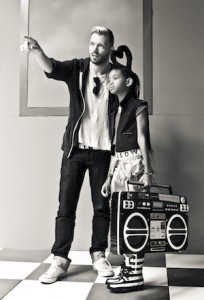 L’Etage: Was Willow Smith the youngest artists that you’ve ever worked with, what was it like to work her – being that her parents are both well known within the industry?

Ray Kay: Willow is a born entertainer, and I was really amazed at her personality and how she was such a natural in front of the camera. After the shoot I got a personal letter from her, thanking me for the job I had done with her video. It was the nicest way I’ve ever been treated by a client on a music video. Amazing parenting! She’s got such great values!

L’Etage: Brett Ratner was one of the most sought-after music video directors to break into Hollywood in the 90’s, is this a venue of interest to you?

Ray Kay: I’m definitely inspired by Brett Ratner’s career, and achieving that kind of success is a very difficult task to accomplish. I have a lot of respect for successful people. In order to get to that point, you’ll just have to really put emphasis on that creative and artistic aspect in your life.

L’Etage: How do you come up with the concepts for your videos, do you try to portray the artists, or interpretation of the lyrics and sound?

Ray Kay: Each project is different, I look for inspiration from within the music, it could either be the lyrics, something the artist is going through in their life, or even the energy from the artist itself. Many things and places inspire me. My inspiration may even come from a completely unconscious space that fills my mind with pieces of creativity. Or it could be a conscious type of inspiration, where it would come from a painting or an architect’s building, a photograph, interesting fashion, a commercial, or even a movie. Really, any kind or form of expression inspires me whenever I’m in the moment.

L’Etage: What are the challenges you encounter as a video music director and what advice would you give to a young up and coming director? 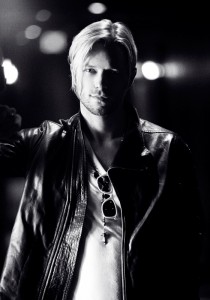 Ray Kay: You would think that the biggest challenge would be an artistic challenge; how to really challenge yourself artistically speaking, or the amount of work involved in creating a music video – but those are actually minor challenges. The biggest challenge with being a music video director is knowing how to deal with all of the competition. There is an insane amount of competition out there, and I don’t mean just from other video directors.

I’m talking about the competition of getting the attention from viewers and listeners that says, ‘hey look at this video’. Due to the volume of expressive art that’s available within the media, society is constantly being screamed at by commercials, TV programs, billboards, magazines, posters, the Internet, and all types of propaganda. Now you have to really figure out a hook in order to attract the attention of the audience – which in my opinion is a huge challenge.

As for advice to new directors, they should really try to figure out how to get people’s attention and pay attention to trends. Audiences are always drawn to uniqueness. When you give them something they’ve never seen before, you’ll get their attention. Being typical in any industry reduces your chance of success. In order to build a career, I think it is important to create pieces that are slightly different. If you want to work in commercial industry, it cannot be too left field though. You have to maintain an industry standard and know exactly what that standard is. Uniqueness is definitely important to me.

L’Etage: You embarked on directing your first feature film, can you tell us about that project, and how you made the transition to directing movies?

Ray Kay: I think it’s a natural transition at this stage in my career. I chose a project that matches well with my skills as a music video director. I think I have an understanding for today’s youth, and the pop culture they love as well – so I really feel like I fit well into this feature project.

The film is a fantasy thriller called Paranormalcy. We’re adapting the book into a script. Making a movie is a long & tedious process, and of course I take it very seriously. I really have to do my homework in order to be prepared to direct such a large-scale project.

L’Etage: The film is produced by seasoned producer, Gilbert Adler (Constantine, Valkiyrie, Superman Returns, Dylan Dog), are you excited to work with such talent in the entertainment industry?

Ray Kay: Yes, absolutely. I have a lot of respect for Gil and I’m happy to be teaming up with him. I always think it’s important to surround yourself with amazing people. Be conscious about who you choose to work with and be friends with.

L’Etage: What do you know now, that you wish you knew when you first got started in this industry?

Ray Kay: The importance of uniqueness and how much hard work it really takes to make it to the top.

L’Etage: Tell us about a risk you have taken in your career?

Ray Kay: Here’s an example; I think it was with my third U.S music video. It was with an artist that was extremely popular at that time, and I thought to myself – if I mess up now, the fall down would be long and painful! I hadn’t directed any projects of that scope before, so naturally, I was a bit nervous. However, I decided to just take the risk and do my best. I learned from that experience and just gave it everything I had. That video actually turned out to be my big break here in the U.S. It was important for me to take the chance and really jump into it! That video was “Soldier” by Destiny’s Child. 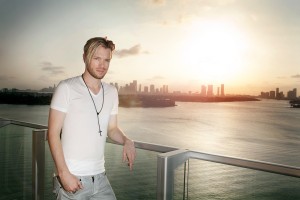 L’Etage: What is the best part of your job?

Ray Kay: The best part of doing what I’m doing, is seeing how some people are inspired by my story, as well as getting feedback from fans or people who are getting their own career rolling after being inspired from what I’ve done. That is the best feeling in the world, when you can feel that other people get inspired by what you have done. They might have decided to stretch further and maybe put even more work into their career, or their direction in life.

L’Etage: Do you feel that you’ve reached success, and who would you credit for your success?

Ray Kay: I don’t think of my own life in terms of success or not. I’m just happy to be able to do what I love doing. I followed my passion and it worked out for me! It has taken a lot of hard work and dedication to make it happen though.

L’Etage: Are there words you believe in or live by? 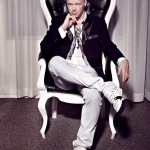 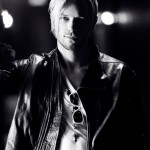 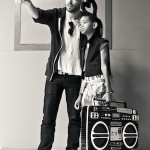 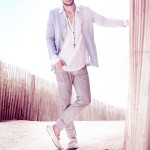 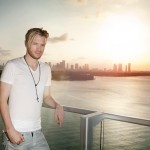