Meet the exceptionally creative Shelly Nahama (AKA @ShellyOnTheRocks), of Solifornia Fishing Company. She is a wanderlust New York-based photographer who has been dominating the photography scenes of New York, New Jersey and Miami. Her works have been recognized and used as marketing for major companies like @Sketch42Blog @Solifornia, @StayCoolNYC and @HelenAndTroy, among others. In addition, Shelly’s work has also been honored and displayed in various art exhibitions and this is just the beginning of the young photographer’s journey. Shelly is extremely ingenious and experimental with her mediums as well. Whether it’s film, photography, writing or painting, she is the master of whatever form of art that she chooses. Her unique approach to art and film is a pleasure to look at or watch and this is due to the fact that Shelly’s works are usually constructed by an impressive abundance of layers and depth in anything that she uploads or publishes. Having personally worked with Shelly before, it’s almost poetic to see just how many photos and angles she takes in order to capture just one or two chosen pictures. Additionally, she has conducted a bundle of photo shoots in the past, in which she had traveled countless miles and taken hundreds of pictures, only to be satisfied with none of the photos, in which case she had uploaded none of them to any of her social media platforms or blogs. About a year ago, Shelly and I traveled to a farm to take some cool pictures of myself painting cows. The photo-shoot didn’t go as expected and the cows did not cooperate and were too far away for Shelly to capture an adequate photo. She ended up not uploading a single picture from the shoot that day, although I thought the photos looked more than okay. This wasteful experience is just an example of being part of the creative process and the true essence and artistry of @ShellyOnTheRocks. 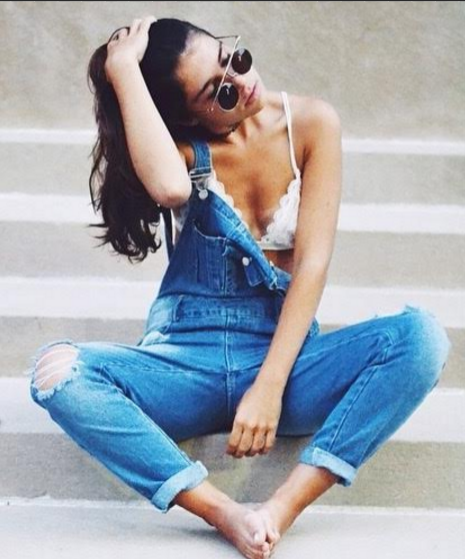 Her deep love for the arts and especially photography grew from when she was just in grade school in New Jersey—she felt a need to capture the world around her and the over sized professional Canon camera was the perfect vehicle for her to do just that. When Shelly was in highschool, she found herself photographing her friends and fellow classmates, which were then displayed on Facebook. The private school’s response to Shelly’s photos were mixed with people both admiring her work as well as some even being horrified by it. Shelly shot the pictures of her friends in mysterious locations, dressed up and posing in what was described by her peers as disturbing or confusing, while others found the pictures to be really cool and beautiful. Some of the kids just understood and applauded the vision, in which Shelly had orchestrated. However, there were a bunch of people that did NOT understand or approve of it. Students would ask her worryingly in the hallways if she was alright or needed help or counseling, which just made Shelly laugh. They didn’t understand that this was just her outlet of expression and Shelly felt a profound gratification in seeing how her work was received. This moment set the stage for the growth of the artist and her aspirations in the art world. It also represented the first time Shelly encountered the effects and repercussions of her significant work. Shelly later attended The New School in New York, where she studied philosophy as well as photography and design. She then got offered a job as Solifornia Fishing Company, where she has traveled around the country photographing, filming and documenting the company’s fishing trips and marketing.

A regular day in the life of Miss Nahama includes doing photo-shoots on locations of either beaches, fields, open fire scenes, lakes, mountains and endless miles of ice valleys and glaciers. The incredibly skilled photographer has turned her passion of taking pictures into a true art form due to her obsession with detail and precision. Her photo shoots are nothing but sheer genius and to describe them as outrageous would be an understatement: they involve models doing crazy things that push limits of our society. Aside from Shelly being particular on fashion choice for a shoot, she also steers her subjects to do crazy stunts. A day in the life of Shelly’s subjects could consist of them pouring buckets of paint all over their bodies, trespassing on private property, lighting stuff on fire, climbing up walls and trees, to anything else that Shelly feels like directing on that particular day in order to get the perfect shot. If that’s not artistic expression then I don’t know what is. The contemporary art world is vibrant and booming like never before and it’s a twenty-first century phenomenon, a global industry in its own right. Contemporary artists seek the power to astonish, challenge and surprise: Shelly Nahama’s photographs and videos achieve and go beyond all of these things. She showcases artwork and photography that the public may not ordinarily have access to outside of a large urban environment within a welcoming, creative, and inspirational platform. She is as much a skilled professional as a truly unforgettable and capable human being. Shelly is a true artist of not only photography and film but also of writing, fashion, design, style and artistic interpretation. As time goes on Shelly will continue to delve deeper into the world of photography and film by utilizing a wide range of mediums and taking an intimate approach to art direction and design. I for one am looking forward to seeing what Shelly does next! 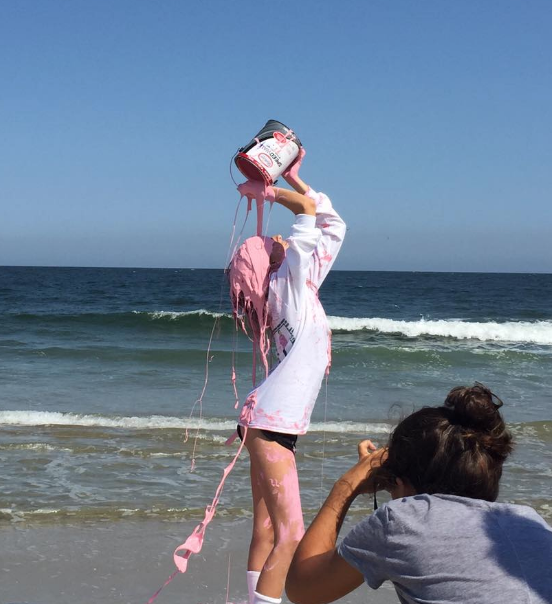 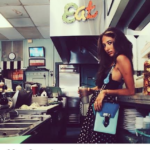 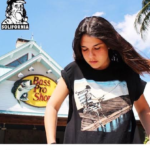 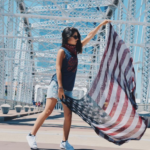 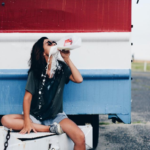 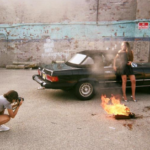 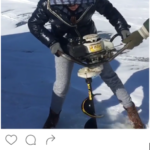 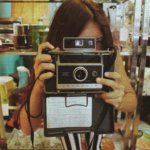 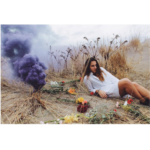