Thursday, December 2, 2016, was certainly the social peak of Miami Art Week 2016. With an array of events, pop-ups, and private dinners, art week goers were jam packed with options for evening festivities, however, one event stood out; The 7th Annual Bombay Sapphire Artisan Series Finale.  The annual collaboration between Bombay Sapphire and Russell and Danny Simmons’ Rush Philanthropic Arts Foundation conducts a North American search for the next big name in visual arts.  The competition considers thousands of online submissions and a series of regional gallery events to comprise a group of 16 finalists. The raved about annual event featured an illustrious mix of celebrities, musicians, socialites, designers and art influencers, whom led and sipped artfully crafted Bombay Sapphire cocktails while dancing to music spun by Jermaine Dupri.

Last year’s Creative Mentor, Rosario Dawson brought her mom with her this year as she returned for the third year to show her continued support of the program.  A$AP Rocky and American Honey’s Sasha Lane both made an appearance at the finale event for the first time.  The two began to chat as they both realized they were stopped in front of the same piece of mesmerizing artwork and later posed for photos. 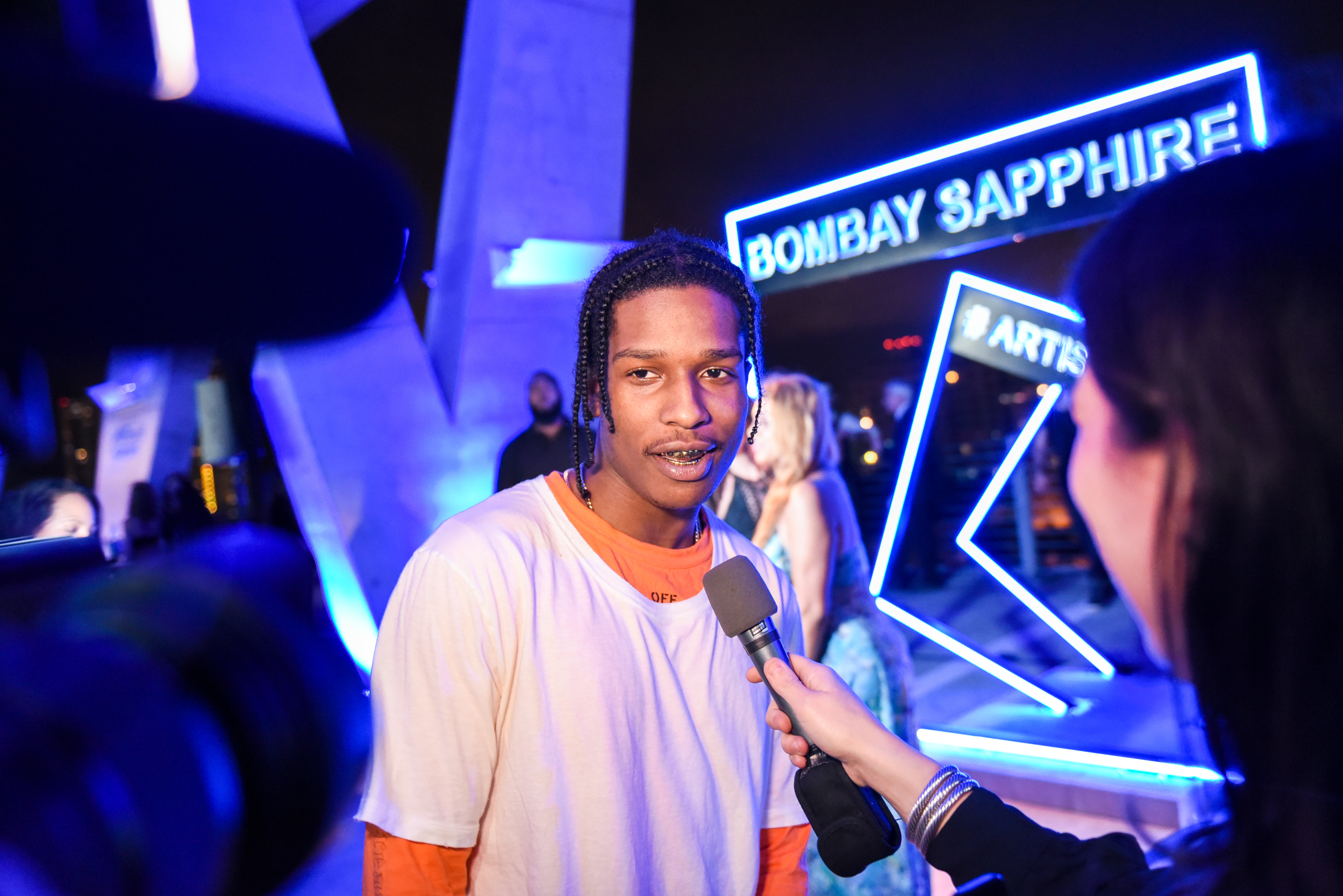 We had the chance to quickly ask A$AP Rocky about his take on 2017 and the new year to come, his response:

“I think for 2017- I think I’m living in 2017 now I’m just ahead of myself. And I hope the world including my listeners and viewers are gonna catch up with me and keep up. You feel me?  I’m just trying to be like the greats and I hope that in 2017 there are more loved ones predominantly out there spreading love, peace and unity and equality man for both sexes and all races straight up.” 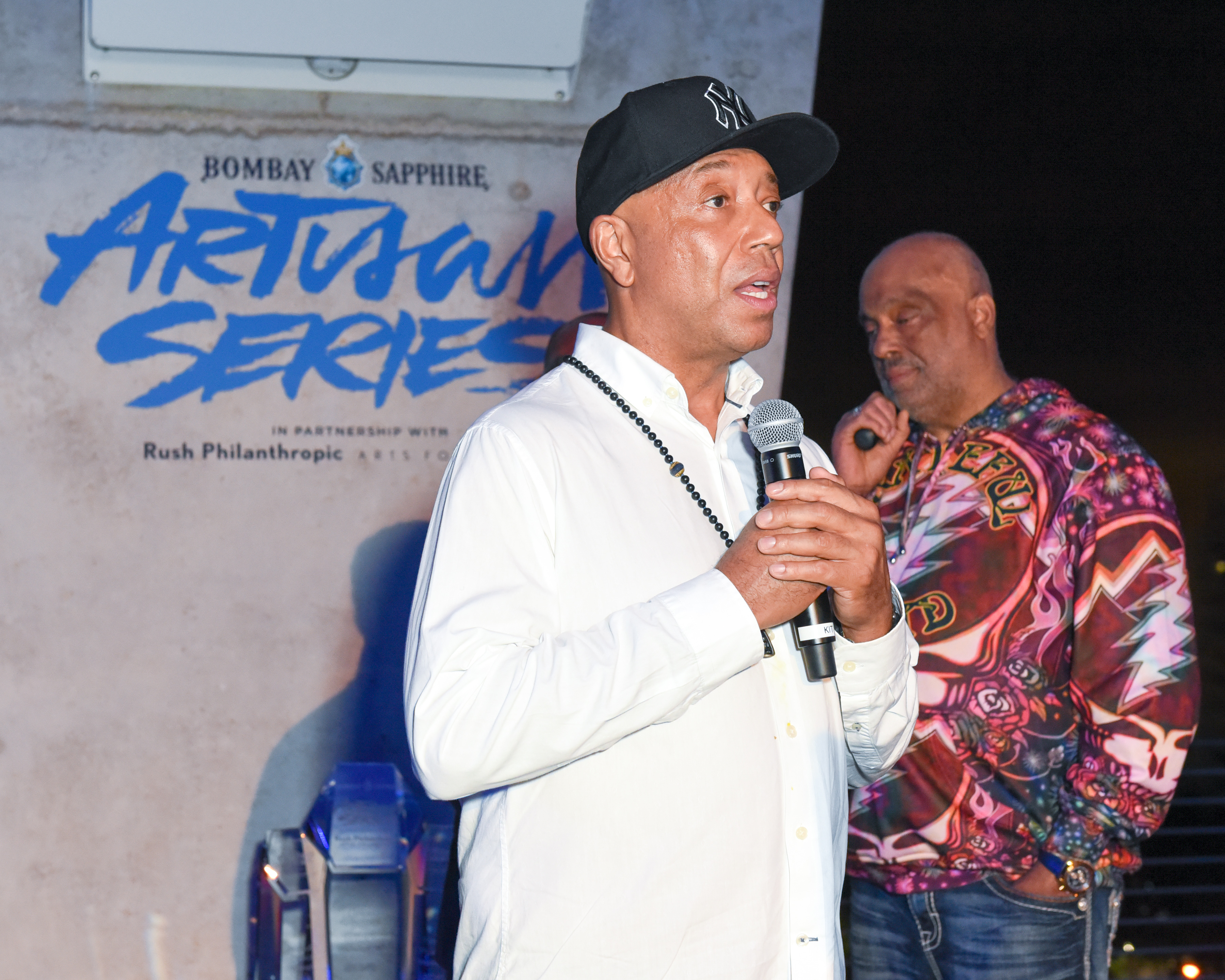 As the evening progressed, we received the opportunity to steal a few moments with CEO, Entrepreneur, and Philanthropist Russell Simmons to ask him his take on 2017, meditation and the current state of freedom of expression:

In light of recent events, where do you think our society is headed going into 2017?

“My life hasn’t changed I still have the same purpose, promote freedom for everyone the same freedom I would want for myself I want to give to others and Protect the planet.  To change- there’s a Long list of things and there’s always going to be a list, no matter the time we live, of things we would like to make better.  My purpose on earth is to serve, right?  So, because of the election there are some people who are of course upset or feel set back but the world is in perfect order you have to operate from where you are.  I think when things shift you shift and I feel like artist express themselves and there may be a time when artist expression is more necessary.  Artists look inside they find instruction from the greater self instead of the small self.  And they give us a moral compass, they know better than some of the things the collective agrees to do. So that’s why I love art, I love promoting art and artist and their expression because it’s a freedom that comes from inside that people don’t reach to enough. Why would they take the arts out of the schools? It’s a shame because without art the world suffers.”

With art comes meditation and peace, how important are these practices to the masses?

“Always important.  Until any of us reach enlightenment we have to keep striving and I think that it becomes more of a topic and maybe more people turn to it because their belief that they are suffering more or less based on the world’s propaganda but the reality is we are all trying to find our way out of suffering and meditation and these things are very valuable. It’ll never change.”

Do you believe the hip-hop world has changed for the better or for the worse at this point?

“The expression of what people are living is just as good now as it’s ever been.  If they say things you don’t like it’s because they’re living in a time and had some experiences that we’re going through that we might not like/ especially them they are living in a world where the prison industrial complex has taught them “prison culture” over “church culture” and destroyed the economics of their communities and some of the words out their mouth are a reflections of that reality.”

Speaking of the prison industrial complex, did you have a chance to see the “13” documentary? How did you feel about it?

“(Smiling) I did see that. That’s a subject I’ve been working on my whole life so.”

The documentary we are referring to is Selma director, Ava Duvernay’s fall 2016 piece on the inherent link between modern-day slavery and the prison system.  The documentary depicts the mental, physical and financial effects the prison industrial complex has caused the African American community and how the government has exploited minorities for profit.  Mr. Simmons is a vocal advocate of this injustice and has spoken out numerous times on the subject.

After our brief interview, Mr. Simmons continued to converse with event goers and competition finalists while observing the captivating artwork and encouraging everyone to vote for their favorite artist.  Along with event attendees, for the first time this year New York-based nonprofit arts organization, CREATIVE TIME, made a splash as an honorary judge.  Once all votes were in and counted, Russell and Danny Simmons announced Philadelphia’s Darius Frank as the Grand Finale Winner of The 7th Annual Bombay Sapphire Artisan Series competition. The winner will go on to collaborate on a groundbreaking public art project scheduled to be unveiled in Spring 2017. 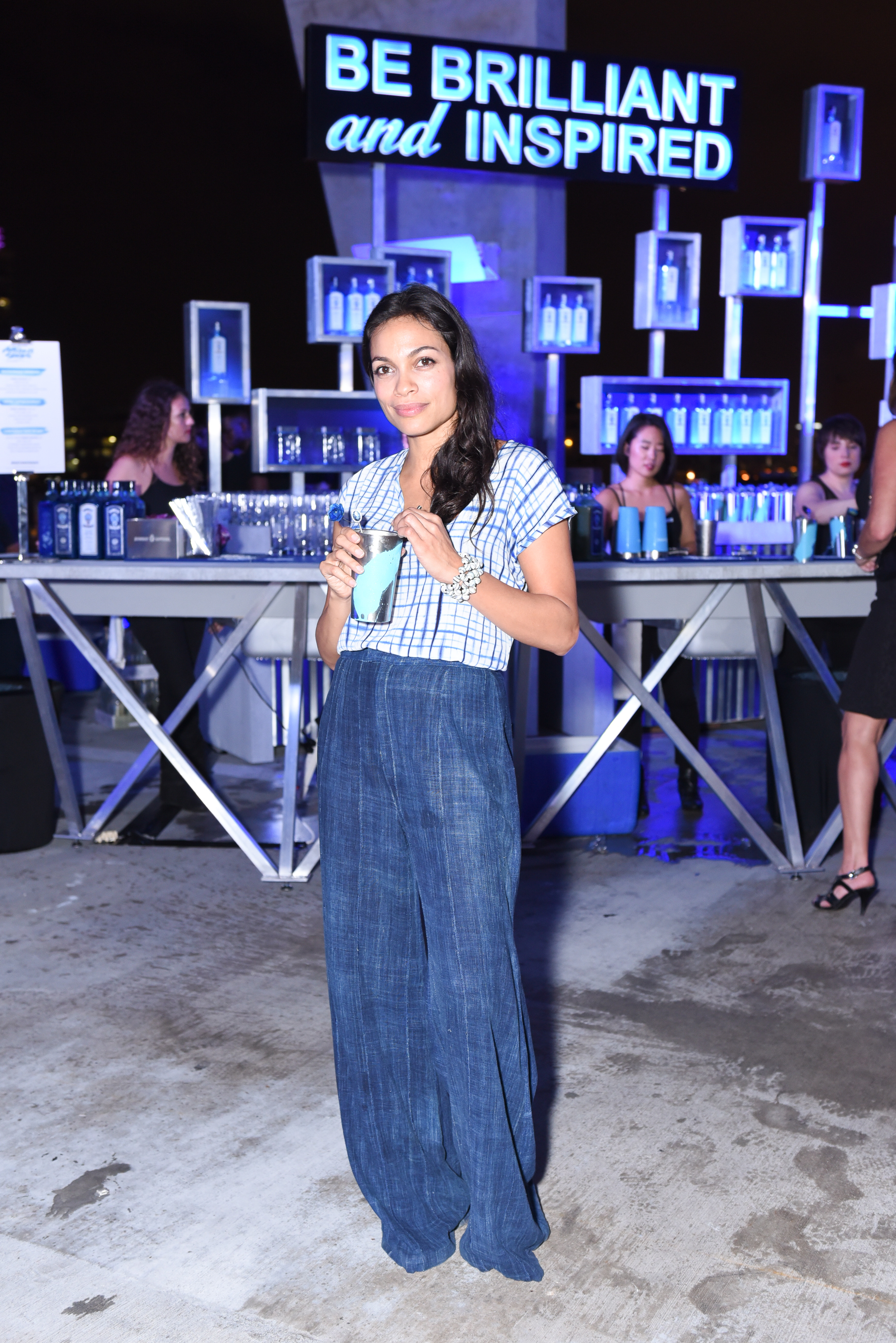 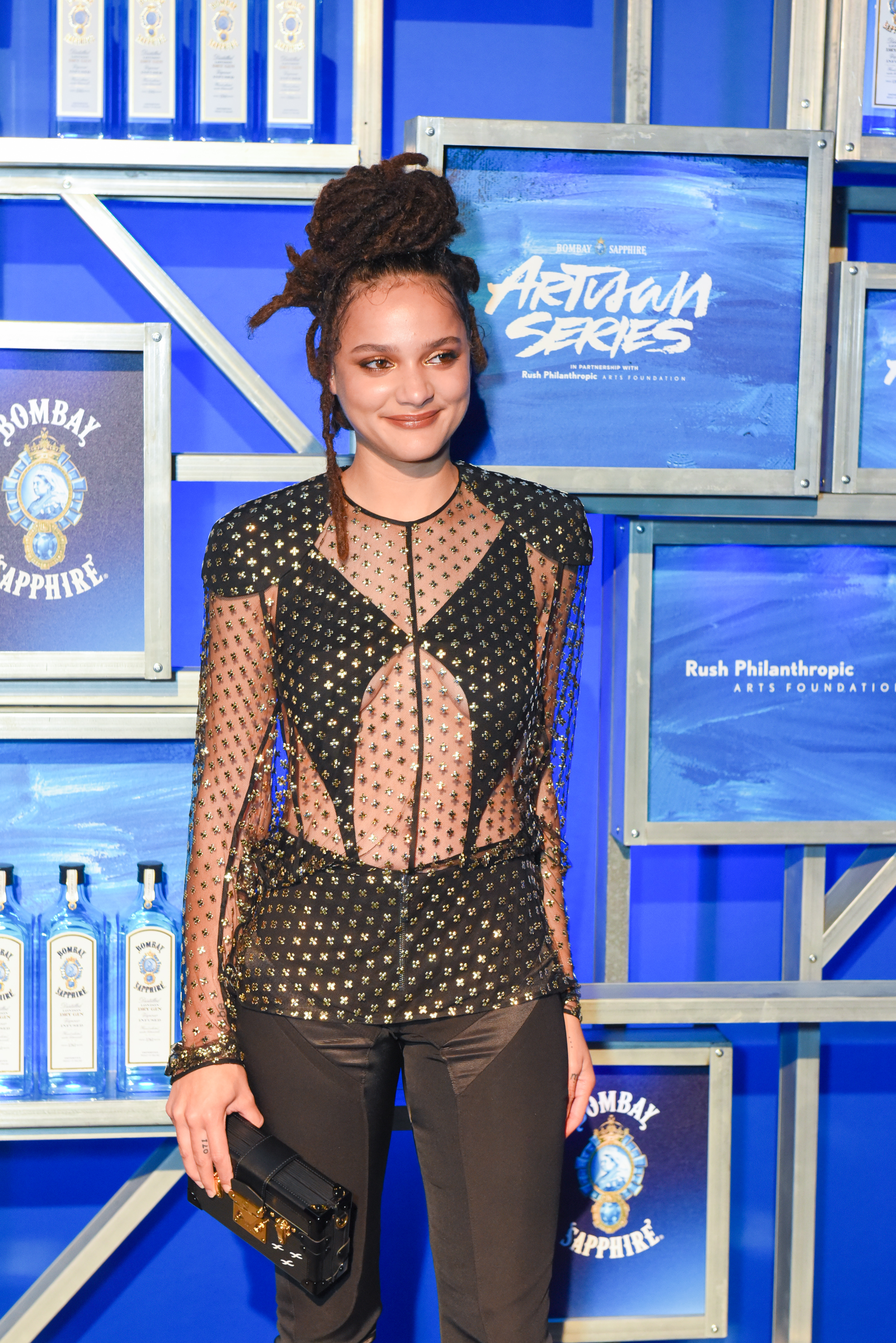 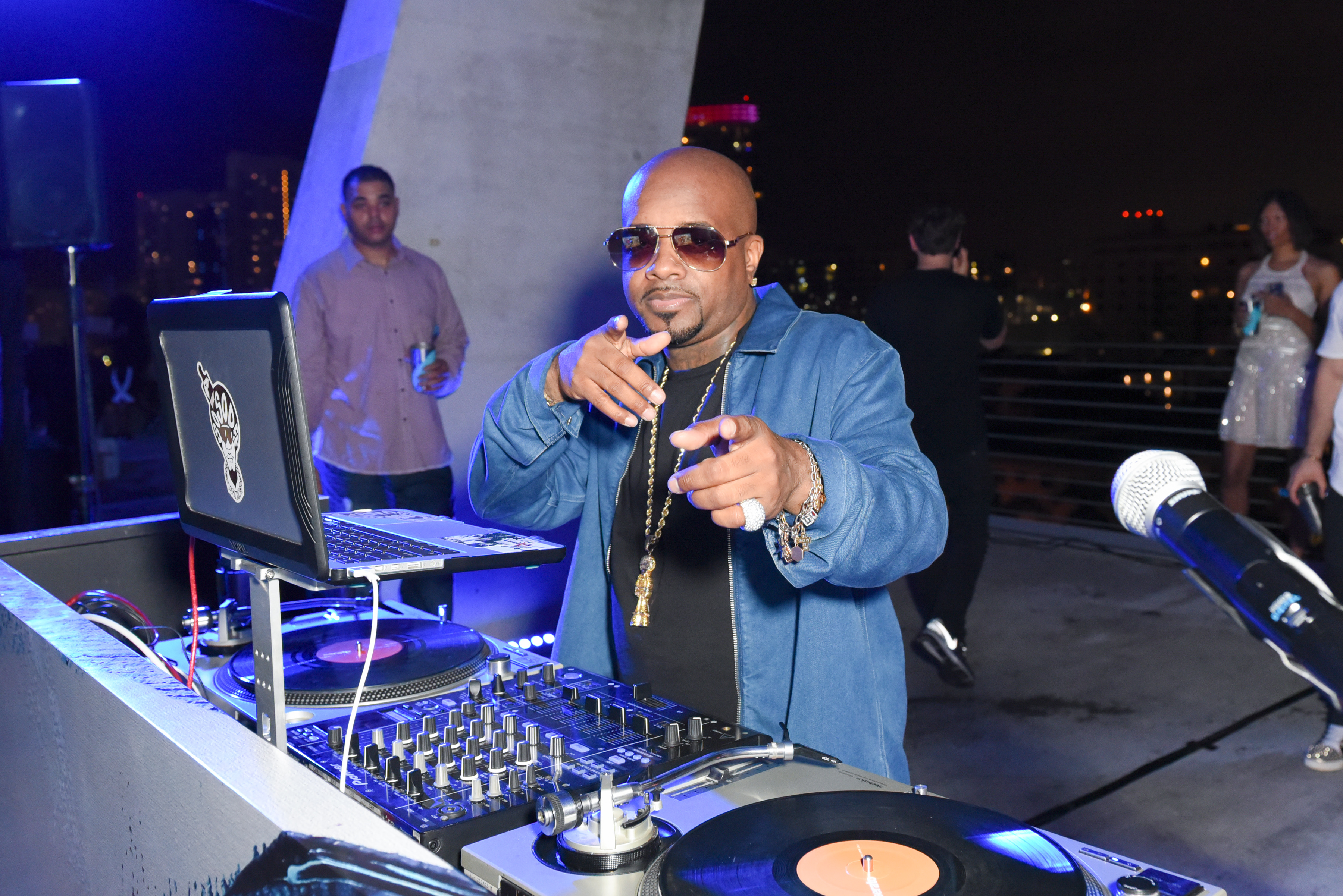 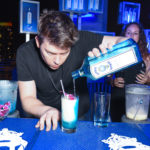 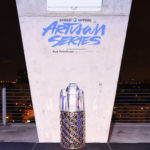 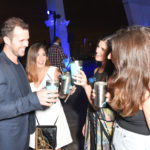 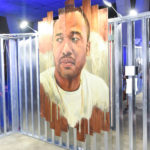 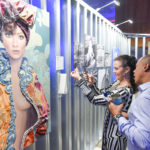 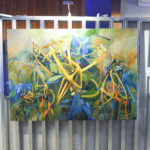 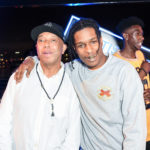 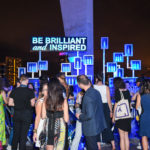 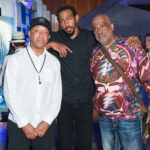