If anyone could appreciate this coming of age story, or better yet, elevate it to a true masterpiece, it would be The Cure. That Sunday evening, July 26, at Bayfront Park, I sat through not one, not two, but three straight hours of British Post-Punk Alt Rock and felt myself grow older.  I cannot write this article in a more professional way, or be detached and mature because that was not part of the experience. The Cure has always made music that became insanely personal and broke down the formalities to get to the honest parts of us. It’s about having fun. 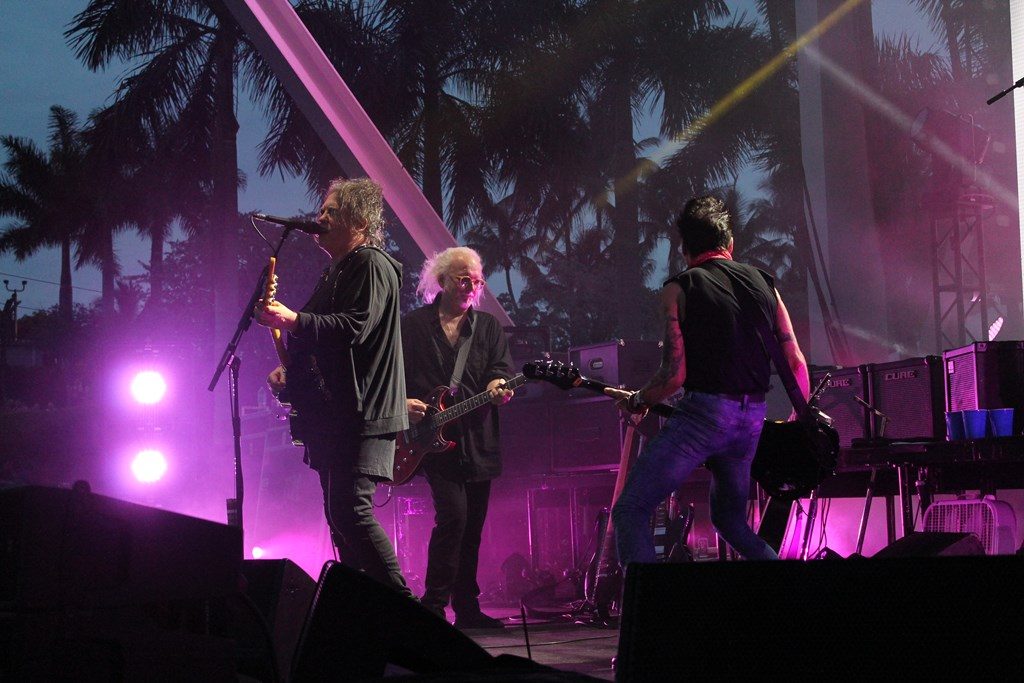 The night of the concert, Miami’s downtown lights mingled with the amazing scenes of the amphitheater screen. There were fans who knew a handful of chorus rhymes and die-hard veterans with receding hairlines. We all created a pulsating sea of black and Smashing Pumpkins/Marilyn Manson shirts.

“In Between Days” launched us into the music. It became a double performance, the audience simultaneously mouthing the same lyrics Robert Smith was singing. A spotlight shone on us as well, we could see ourselves projected on the stage behind Jason Cooper. We were all a part of this moment and the energy between us and Simon Gallup’s dancing was electrifying.

Afterward, “Lovesong” slowed the momentum of the crowd into a thoughtful sway. Songs like “Sleep When I’m Dead” and “High” were accompanied by hypnotizing images of floating clouds, black and white photographs, and violently colorful pictures. “From The Edge of The Deep Green Sea” was spectacular and just as I was suspecting this to be a perfect end to a great night, The Cure came back for an Encore! 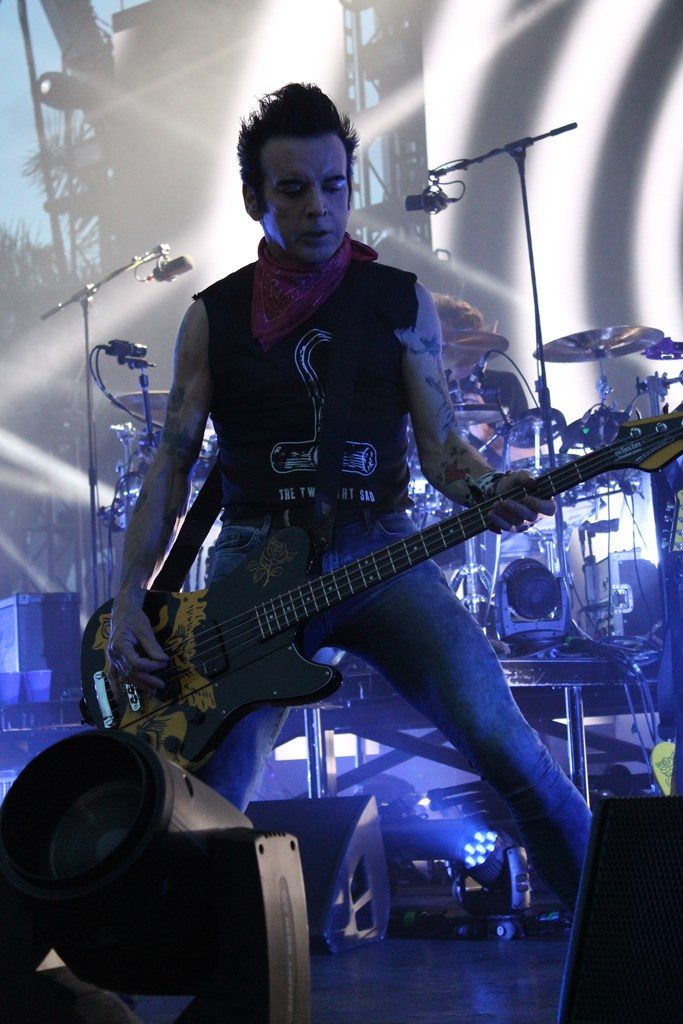 They played “The Hanging Garden” and “One Hundred Years” which definitely showed the darker side of their music. The band is nothing if not a spectrum of various rock styles. And though this part wasn’t as trippy or popular as the rest of the songs, it definitely had the same power and force.

And here again, I thought, what a great place to end. An angry and loud note that demands you listen and reverberates through the body. Fool me twice… 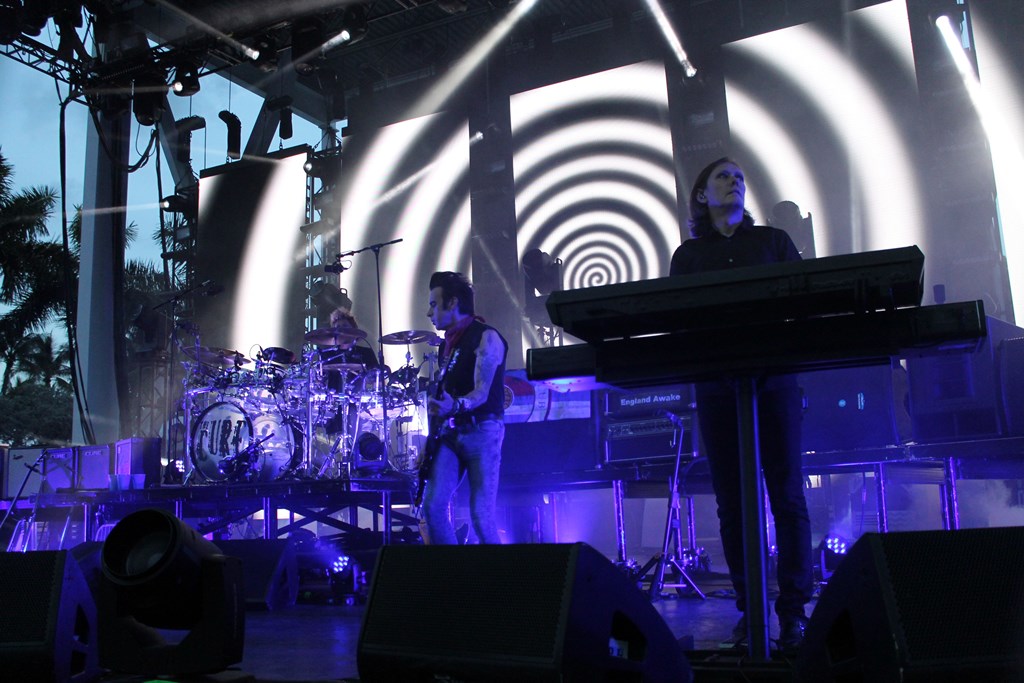 The Cure performed a second encore and a third and a fourth! Each one riling up the crowd with songs like “Burn” and “Hot Hot Hot!!!” I was breathless and exhausted but nowhere near ready to leave.

So perhaps the perfect finale was always meant to be “Boys Don’t Cry” Recognizable and familiar, the song was slowed down so that it seemed like the band was reminiscing something. And though a bit sentimental, it left a very chill ambiance about the event. Maybe that’s why some of us lingered after Robert Smith, Simon Gallup, Roger O’Donnell, Jason Cooper and Reeves Gabrels left the stage. We had gone through all of the experiences the band gave us throughout our lives. We revisited the emotions the musicians themselves felt and delivered to us in such straightforward ways. I thought about how listening to this music once again, the entire breadth of their career, I noticed I didn’t even remember this change from angst, confused to slightly less confused but still defiant and headstrong twenty-something. The Cure is still playing. We all find ourselves humming the lyrics “It’s a perfect day for doing the unstuck. For dancing like you can’t hear the beat and you don’t give a further thought to things like feet. Let’s get happy.”