With the entire world abuzz with the imminent release of the new Star Wars movie, Daniel Arsham provides a refreshing alternative to both sci-fi aficionados and creative peoples. On Dec 4th, 2015, visual artist Daniel Arsham and the award winning  international video channel, NOWNESS, brought out an elite crowd including Katie Holmes, Chelsea Leyland, Kate Foley, Andre Saraiva, and A-TRAK for the screening of the world premiere of his new film, Future Relic 04 during Art Basel in the basement of the Edition Hotel in Miami Beach, in between their ice skating rink and bowling alley. The evening was hosted by Jefferson Hack, Daniel Arsham, Rose McGowan, Emmanuel Perrotin and Arturo Castro. 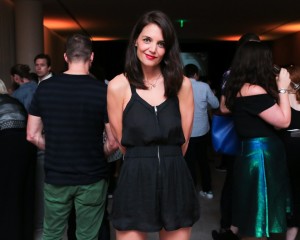 The fourth installment in Arsham’s “Future Relic” series, Future Relic 04 is the foundation of the visual artist’s signature motifs of fleeting moments, independence and entropy. The film portrays glimpses of a futuristic society before and after a substantial environmental collapse. Arsham’s eye for art is uncanny and shines in his cinematic opus; he is most known for overlapping concepts of art, architecture and performance and he is a master of highlighting the profound nature of these subjects.

His career began through collaboration with renowned choreographer Merce Cunningham, who used Arsham’s visual talents to create one of a kind stages, and grew as he fostered alliances with iconic figures such as Pharrell Williams, Louis Vuitton, and Hedi Slimane. Arsham’s work is displayed prominently at establishments including MoMA PS1, The New Museum and Centre Pompidou. Arsham is the co-founder of Brooklyn-based art and architectural practice, Snarkitecture, and is represented by Galerie Emmanuel Perrotin in Paris, Hong Kong and New York, and OHWOW Gallery in Los Angeles. 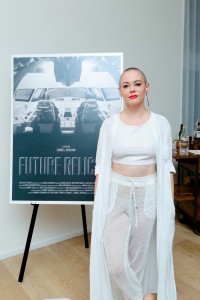 Future Relic 04, which debuts in 2016, is the fourth and final chapter of a series of the same title. The sci-fi flick, set in the future, tells the tale of Lona Rey (played by Juliette Lewis), who struggles to preserve the legacy of her father, a scientist who led the excavation of the moon. The plot unfolds in the cockpit of an airplane, years before the excavation. “ Future Relic 04 is the most complex film I’ve made in terms of scenography, with all of the sets constructed by my studio team.” said Arsham. He continued to state, “This film is very different from the other sections of Future Relic, and I think it gives audiences a forecast of where the rest of the film is going, both conceptually as well as in its tone.”

Through all this, Ashram remains true to his roots by connecting the film to his physical art. Each chapter in the series shows a “future relic,” an everyday object that is antiquated in this alternate future. Each object is announced with the launch of its corresponding Future Relic chapter the most recent item was a cast plaster clock. After the premiere of Future Relic 04, Arsham will reveal the unique object, which will be sold in a limited run of 500. Future Relic is produced by Film the Future, a company which Ashram founded in association with director and cinematographer Ben Louis Nicholas and producer Courtney Andrialis. Mahershala Ali, Arturo Castro James Franco, Ronald Guttman, Matthew Maher and Ethan Suplee costarin the film. 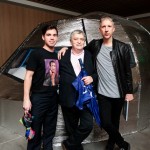 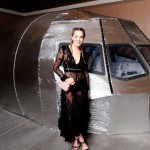 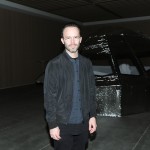 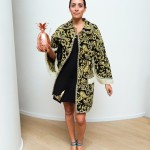 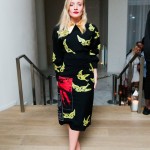 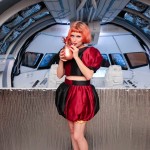 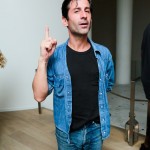