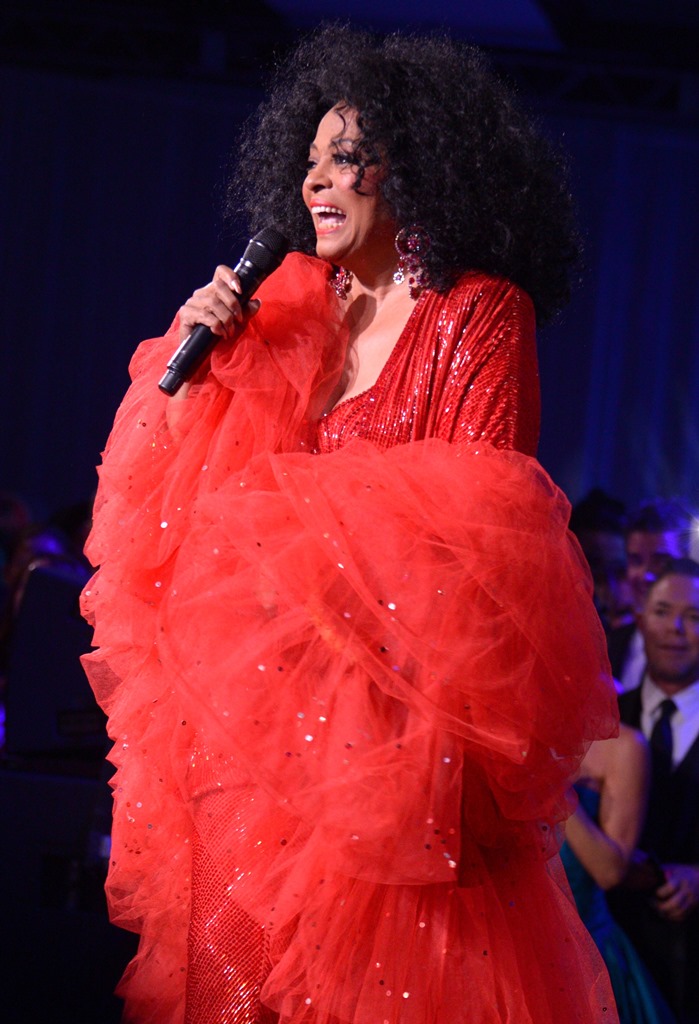 MIAMI, FL – (Nov. 2014) – Miami’s charity season officially launched on Saturday, November 1st as the 20th Annual InterContinental® Miami Make-A-Wish Ball welcomed 900 guests to its “Oz Reimagined”-themed gala. The glamorous celebration, which featured a performance by legendary superstar Diana Ross and a return appearance by actress/filmmaker Gabrielle Anwar as celebrity emcee and auctioneer, raised a record $2.5 million in net revenue for Make-A-Wish®Southern Florida, which grants the wishes of children with life-threatening medical conditions, to enrich the human experience with hope, strength and joy.

Hosted by the InterContinental® Miami, Ball Founder and In-Kind Donor, for the 20th year and chairedby Shareef Malnik for the 10th year, the anniversary celebration of the InterContinental Miami Make-A-Wish Ball welcomed new supporters while honoring individuals instrumental in the Ball’s early years. 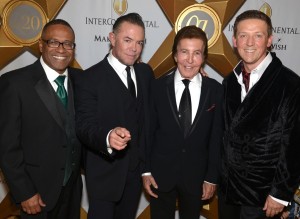 The “Voice of Oz” summoned revelers to the Main Ballroom for dinner where famed DJ Irie was in residence, spinning his trademark groove. Inside the Ballroom, guests were captivated by both the splendor of the room’s white-on-white decor as well as the beauty and wit of Gabrielle Anwar, who returned for the fourth consecutive year as Celebrity Emcee and Auctioneer. In what has become a Ball tradition, Gabrielle and Shareef opened the night’s festivities with a creative dramatic moment. This year’s involved Gabrielle engaged in steamy dialogue with a faceless “Oz” – actually the voice of the acclaimed actress’ fiancé, none other than Shareef — who eventually revealed himself, emerging from underneath the voluminous skirt of Gabrielle’s emerald green ball gown, eliciting a roar of laughter from the room and setting the stage for the more serious task of raising money for Wishes.

In a tribute to the Ball’s beginning, remarks were made by Guest of Honor Lee Brian Schrager, Chairman of Southern Wine & Spirits Harvey Chaplin, and CEO of The Collection Ken Gorin.  Additionally, the following individuals were acknowledged for demonstrating extraordinary commitment to Make-A-Wish Southern Florida’s mission through their support of the InterContinental Miami Make-A-Wish Ball, each granting more than 100 heartfelt wishes through their generosity: Al and Nancy Malnik, Stanley and Gala Cohen, Harvey and Roberta Chaplin, Bob and Alysia Press and James L. Ferraro. As a magical following, South Florida Wish recipient Nicole Graziano sang a touching rendition of “Somewhere over the Rainbow.” 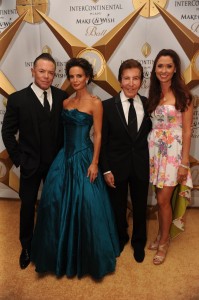 At this point, the anticipation had mounted for the night’s special performance by legendary award-winning entertainer Diana Ross.  As soon as the iconic singer, ethereal in red organza, took the stage, the Ballroom dance floor filled to capacity, with guests singing along to the superstar’s classic hits including “Baby Love” and “Ain’t No Mountain High Enough,” preserving the once-in-a-lifetime memory on their smart phones.

A hip, after-hours venue, the InterContinental Miami Make-A-Wish Nightclub – chaired by Shareef Malnik, with Michael Capponi as Vice-Chair, and presented by InList — was held from 10:30 p.m. to 3 a.m. on the Mezzanine level of the InterContinental Miami. Co-produced by Maxwell Blandford and Clif Loftin, with creative execution by DECO Productions, the disco-infused runway show was styled by Arel Ramos for Neiman Marcus Bal Harbour, with hair by Danny Jelaca Salon and makeup by O.P Studio. Progressive beats were provided by DJ Michelle Leshem and producer Sean Drake. 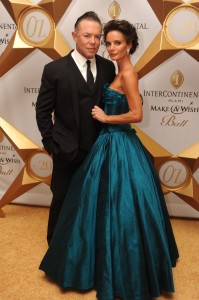 In its 20-year history, the InterContinental Miami Make-A-Wish Ball has raised $16.8 million to grant the wishes of more than 3,500 children from South Florida.  The $2.5 million net revenue raised at the 2014 Ball on November 1st is a record amount, surpassing the prior record of $2 million net revenue raised at the 2013 Ball. The $1 million donation by Al Malnik and Nancy Malnik in 2012 remains the single highest donation of record. Over the past 20years, the InterContinental Miami has donated more than $4.5 million in in-kind value to underwrite the Ball’s food, beverage, parking accommodations and venue expenses, in addition to dedicating more than 8,500 management hours that have gone into the Ball’s planning.