Music and entertainment icon Kenny Burns has done it again. He’s bringing his quintessential personality and lifestyle expertise to the table, but this time igniting a cause that speaks to his heart. Burns is the newest board member for Fuck Cancer, or FCancer, a progressive nonprofit charity focusing on prevention (Prevent), early detection (Detect), and supporting those affected by cancer (Unite).

Burns will actively support the organization in facilitating change and strengthening the fight against cancer. “It’s an honor to unite with FCancer’s Board of Directors to continue to raise awareness and extend the organization’s message. My support of FCancer is personal for me and my family, as I have witnessed the disease affect family members through watching their intense treatment and/or the disease ending their life,” said Burns.

Along with joining the FCancer Board of Directors, Burns currently serves as the Senior Vice President of Brand Development for Combs Enterprises. While accomplishments already transcend music, fashion, lifestyle marketing, television, and radio, his leadership with Combs Enterprise is positioning the company and its brands for another exceptional year. CCÎROC Apple is the best-selling new vodka innovation of 2016. AQUAhydrate also had an amazing launch, and they are in conversations with new key partnerships and presenters. REVOLT television is expanding and doing an amazing job, as well. It was just acquired for broadcasting on Direct TV, ATT and Verizon FiOS to go along with Comcast and Time Warner, and soon Dish. In addition, DeLeón Tequila, which is Burns’ personal favorite, is also on track for another successful year.

L’ETAGE magazine had the chance to talk more with Kenny Burns and dive deeper into his latest endeavor with FCancer. 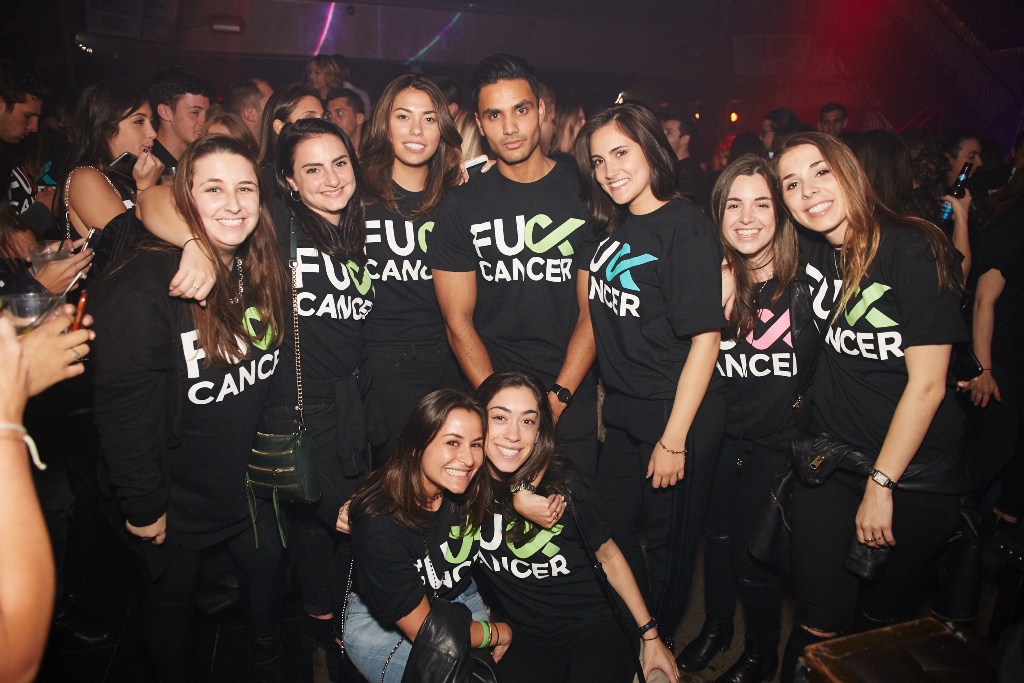 You mentioned that this cause is personal for you – can you tell us more about this?

Yeah, my grandmother had cancer, and my uncle just died from cancer recently. Polyps run in my family, so I got checked early. I’m just aware of the diseases, and, like I said, several family members have had it… and most have beat it. So it’s just something that is very near and dear to my heart. Cancer, in some form or another, affects everyone to some degree.

There are many organizations out there that are fighting against cancer. Why did you choose to support Fuck Cancer?

Well, Julie Greenbaum and Yael Cohen Braun are the co-founders, and Yael is married to my good friend Scooter Braun. So, I was already familiar with the organization and involved through their efforts and previous collaboration with REVOLT.

I had been asked to become a board member many times before [with other organizations] because of my access and relationships, but nothing hit home. The timing wasn’t right. Things always happen for me in a timely fashion, when they should be happening — and it was just time. This opportunity came up around the time I had gone in for my first cancer screening, so it was very relevant and hit close to home, not to mention the long history I’ve seen with my own family members fighting cancer.

So many overwhelming cancer things happening around me and I was just like, I want to do something about it. Ironically, the REVOLT music conference last year was just happening where I met the FCancer team through Scooter. I had done an event for them, and the event raised about 40 grand. So, being that I am a pop culture maven in the sense that I host events across the country, and I’m a part of all these awesome, elaborate happenings — I was like, let me do this and really help raise money because that was only one event. Think what we could do on a larger scale.

Can you tell us more about some of the upcoming events you’re planning?

Last year was the inaugural event for the REVOLT music festival, and we were the kickoff launch party. So, this year we’re doing that kickoff event again with partners at the Headliner Marketing Group and along with Dave Grutman, owner of Story nightclub in Miami. We’re kicking off again in Miami this year on October 12, our annual event. We’re doing that this year with a host of other celebrities and friends for a great cause. The awesome thing about these parties is that you have to buy an FCancer T-shirt ($25-50). So everyone at the actual event is wearing an FCancer shirt. So that’s kind of awesome. Julie Greenbaum is the mastermind behind that, and that just looks awesome when you’re in the club.

And since I’ve joined the board we already have been identifying tons of other cool new events, like Gumball 3000 [international motor rally], which we are also targeting for participation. They do all kinds of cool things, like auction off stuff with Sotheby’s. We would like to do something like at one stop give away Deadmau5 Mickey Mouse ears and at another stop auction off Afrojack turntables. With the FCancer relationships we can get some really cool items to auction off and potentially have some really cool people participating in Gumball. So yeah, we’re just identifying some really cool things to get involved with… I mean it’s a very somber subject a lot of the time, and not always a good outcome. But if we could bring light to the situation by raising funds more in that manner – I’m all about it. 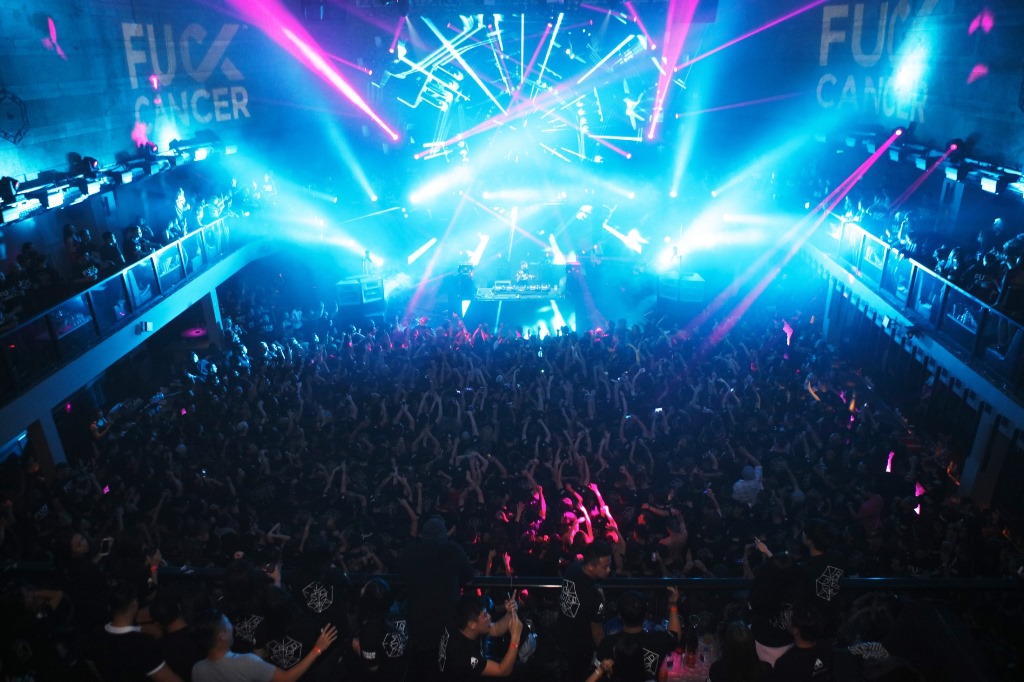 How do you plan to use your influence in the hip-hop culture to support the cause?

We have a few different concepts we are exploring, but I am mainly just going to be spreading the gospel. Just continue to push efforts to try to beat this horrible disease. You hear all these stories like about Lisa Left Eye; she died while visiting this healer who was known to cure people with AIDS…he would do all these [great] things that were kind of suppressed. I mean, you know it’s a big business right… how much money the drug makers are making off cancer medicine, and money being made off of chemo. So it’s just kind of like you have to bring light to it, because one of the things we’ve learned with politics and Obama is that people’s voices matter. You can pull the curtains down and let the light come down in a great way — if you talk about it. It’s kind of exposing some things. It’s just a matter of spreading the gospel, which is one thing I’m very known for and what I’m going to continue to do for FCancer. Help where I can.

Do have any personal goals you would like to achieve as a board member?

Just trying to fight the good fight and help where I can.

People’s voices matter. We all have a voice, and we need to expose the truth.

For more information about FCancer or to donate, visit www.letsfcancer.com. 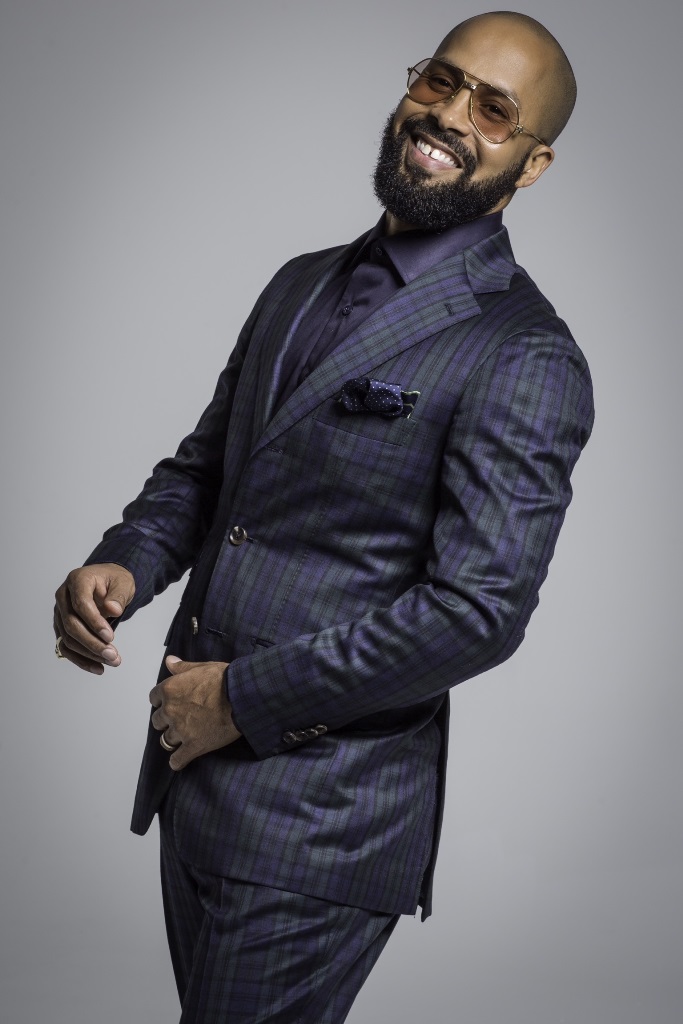