Karl Lagerfeld has done it again.  His spring couture collection, which attracted such high-profile guests as Gwyneth Paltrow and Diane Kruger, will not be easily forgotten in the fashion world.  The show, which took place in Paris on Tuesday, January 26, featured models that were each wearing a different shade of beige and all sporting cork platform heels.  Some of the looks had lace and embroidery meant to replicate the patterns of nature.

Chanel, which is one of the biggest names in the history of fashion, is known for putting on elaborate shows.  Each one seem to be more over the top than the previous.  This show took on a nature theme, featuring a three-story wooden dollhouse and an expansive geometric garden.

Nature and environmental sustainability seem to be a common theme among recent Chanel shows, with the Spring 2013 runway modeled after solar panels and surrounded by wind turbines. 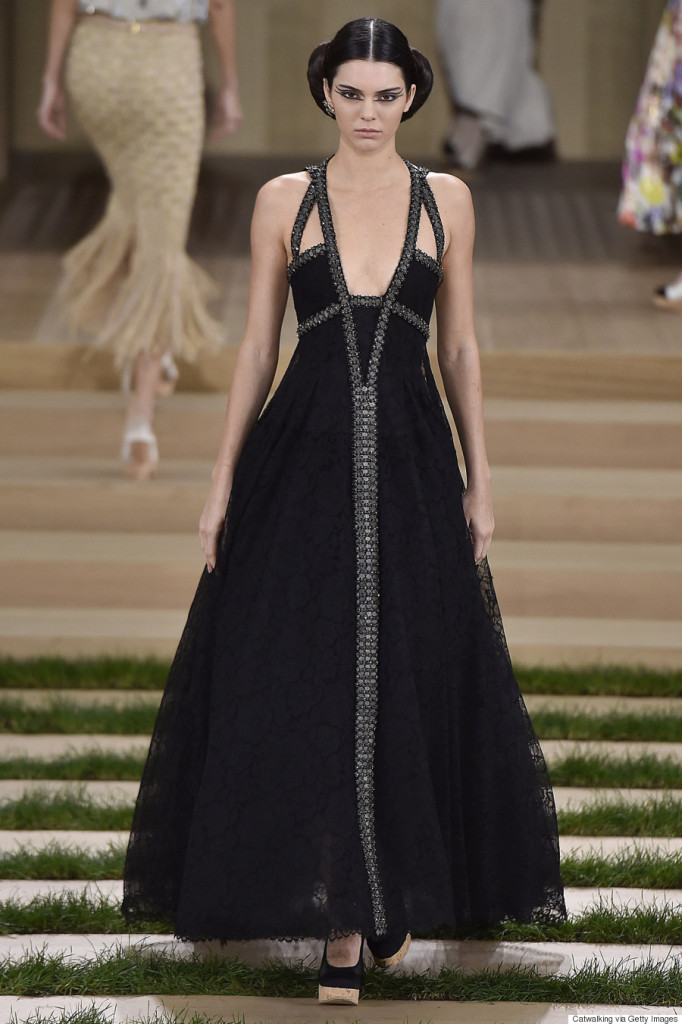