America is busy focusing on a tumultuous upcoming election, and amongst many topics in this election is the continued racial divide, continued injustices that African-Americans are subjected to, and a continued sense of exclusion from the American society.

What does one do if one is unhappy with something? There are different ways of bringing about change; we can complain more or less vocally and try to convince others to change, a system to change.

One can try to come together to make a louder noise.

The Black Lives Matter movement is one such united voice, compared by some to the Black Panther movement. A movement misunderstood by many and largely falsely portrayed by the media, much influenced by the US government. The Black Panther Party for Self Defense, with aims to serve oppressed people & fight injustice, was founded 50 years ago this past weekend, October 15th 1966.

This anniversary is something US mainstream media did not give much attention, apart from the NY Times that ran 2 articles, albeit online only.

We can try to be the change we want to see in the world. Art imitates Life and sometimes Art inspires Life.

One of the most prominent contemporary artists, Kehinde Wiley, has chosen to use his craft to bring upon a change that he wants to see in the world.

The 39 year old American was born and raised in South Central Los Angeles, California. His father is Yoruba from Nigeria, and his mother is African-American. The Yale graduate today lives and works between New York, Beijing, and Dakar, Senegal. 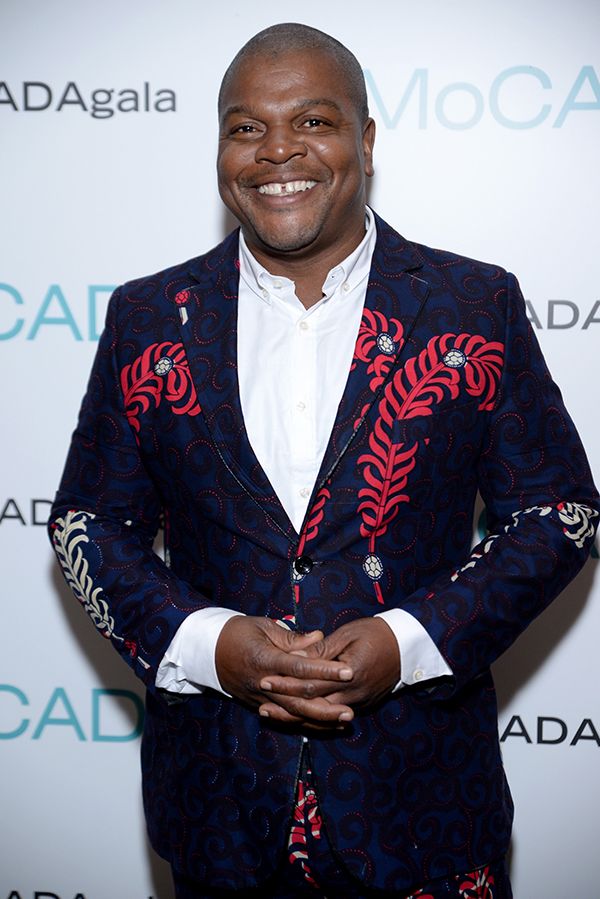 Throughout his childhood, his strong-willed mother stayed focused on getting him and his siblings “out of the hood.” One way was by encouraging Wiley’s interest in art, enrolling him in after-school art classes, and setting off his lifelong passion of art, his exploration into identity and race and their representation in our culture, and eventually his career as a painter.

“Painting is about the world we live in. Black people live in the world. My choice is to include them. This is my way of saying “yes” to us.” – Kehinde Wiley

The renowned NY Times art critic Roberta Smith in her review of last year’s captivating retrospective ‘Kehinde Wiley: A New Republic‘, at the Brooklyn Museum, February 20-May 24, 2015, wrote the following;

“In a way that few other living artists match, Mr. Wiley’s art is overtly, legibly full of the present. His paintings reflect some of the problems and pleasures of being alive right now, in times fraught with corrosive bigotry and inequality; flooded with images, goods and sounds; and enriched by the incessant, even ecstatic interplay of cultures — whether high, low or sub — around the globe.”

The only other African-American artist to ever have a museum solo show in France was Jean-Michel Basquiat’s large retrospective exhibit in 2011, at the Musée d’Art Moderne de la Ville de Paris, commemorating the 50th anniversary of Basquiat’s birth. Basquiat had passed away in 1988 (aged 27).

On this historic occasion at Le Petit Palais, the public will discover a unique set of ten monumental works by Kehinde Wiley not seen before: stained glass and paintings, presented in the heart of the permanent collections of the museum.

Kehinde Wiley has firmly situated himself within art history’s portrait painting tradition. As a contemporary descendent of a long line of portraitists, including Reynolds, Gainsborough, Titian, and Ingres, among others, Wiley engages the signs and visual rhetoric of the heroic, powerful, majestic and the sublime in his representation of urban, young black and brown men and women found in the street throughout the world. The results are provocative, jarring and confrontational, painting his subjects into historic settings and palaces – still wearing their street fashion.

For the Petit Palais, Kehinde Wiley continues his exploration of religious iconography making reference to Christ and for the first time to the figure of Virgin Mary. Thus, six stained glass windows have been installed on a hexagonal structure in the Gallery of Large formats. They are accompanied by four monumental paintings that dress the walls of one of the rooms of the collections of the nineteenth century on the ground floor.

Kehinde Wiley: A New Republic has since the blockbuster showing at the Brooklyn Museum last year travelled to the Modern Art Museum of Fort Worth, Texas (2015); the Seattle Art Museum, Washington; the Virginia Museum of Fine Arts, Richmond, VA (2016); and just opened at the Phoenix Art Museum, Arizona (7 October 2016 – 8 January 2017); it will then travel to the Toledo Museum of Art, Ohio (10 February – 14 May 2017); and the Oklahoma City Museum of Art (16 June – 10 September 2017)

The works presented in Kehinde Wiley: A New Republic raise questions about race, gender, and the politics of representation by portraying contemporary African American men and women using the conventions of traditional European portraiture. The exhibition includes an overview of the artist’s prolific fourteen-year career and features sixty paintings and sculptures.

Kehinde Wiley has been exhibited in numerous important American institutions, like the Columbus Museum of Art (2007), Studio Museum of Harlem (2008) and the Jewish Museum of New York (2012)
His work is represented in over 35 public collections, the Brooklyn Museum of Art and the Metropolitan Museum of Art in New York, the Hammer Museum and LACMA in Los Angeles, the Walker Art Center in Minneapolis, to name a few.

For more info on the artist visit www.KehindeWiley.com 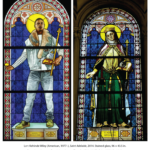