Liberty University is known for its diversity in culture, so on Saturday students had gotten to show off a little history and entertained the audience with a taste of Africa. Africa is known to be the land where everything had originally came from. Africans tend to do certain rituals differently than certain countries. On Saturday the students showed us why the African culture is unique. 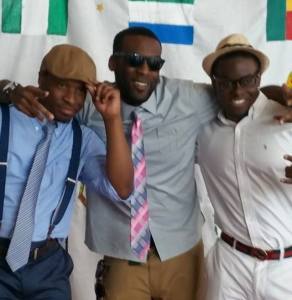 The show started off with a Red Carpet affair. Everybody that had came out to support the students, as well as the culture had gotten the opportunity to showcase their fashion. Everybody came out their looking very classy. This was also a way for individuals to ask questions about the heritage of Africa before the event.

After the red carpet event the fashion show finally took stage. The fashion show showed a lot of traditional attire that Africans still wear to this day. The models walked with a lot of confidence as they dazzled the audience with different poises and unique fashion of what traditional clothing was worn in Africa. After the traditional walk there was the business and casual walk. Each model had gotten to showcase what business like attire Africans wear when they are conducting business. The business edition of the walk was very sharp and showcased a little personality of how each model had worn the business attire look.

After the business edition of the walk, the host announced that this walk the free walk. The free walk showcased a lot of the model’s personality. Each of the models had a different approach as they walked the runway. You had some of the females doing different poises, while the male models were creating unique handshakes. One of the students had exclaimed, “I liked the idea of everyone showing off their personalities, before the walked. It had grasped my attention, because I wanted to see how unique each one of these model’s personality were.” 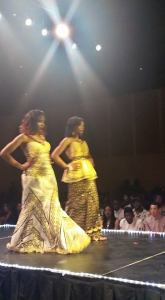 After the free walk, the host had exclaimed that it was intermission time; during the intermission the coordinator and some of the students were serving the guest food. “I enjoyed the fashion show so far. These young people have a lot of talent and it is so beautiful to see Africa celebrated like this.” says a guest who had attended the show.

The last act of the fashion night was a thriller. You had some of Liberty’s students singing, rapping, and incorporating traditional dances with modern dances. The crowd was on its feet the entire time and screamed Encore when the performance was finished.

You could tell that these students had put a lot of time, dedication, and energy with making sure the show was the “talk of the university”. Everybody was emotional after it was done, but they can pat themselves on the back, because the crowd every moment of it.