He is one of the actual “Entourage” which the HBO hit was based upon. He’s been compared to one of the best actors, Harvey Keitel. He’s on his way becoming a household name. From Southie to a theater near you, ladies and gentlemen, meet Jay Giannone.

L’Etage : You’re part of the actual “Entourage” which the popular HBO show was based. Please tell me about that.

JG : Mark and I have been friends since we were 15 years-old. I was on tour with Mark and performed with him during his European record deal and rolled around the world with him in the early days. Mark directed a documentary on another rap group I was in later after One Love folded due to Mark’s acting career taking off. But the real Turtle, was a guy named Donkey RIP. He was Mark’s assistant who came up with the idea to film the documentary. He and I had a rap group called Rezawar Dawgs. Mark directed a documentary on us and that is what spun off the show Entourage. Doug Ellin was hired. The rest is history.

L’Etage : When did you know you wanted to be an actor?

JG : I grew up in the theater watching my mother which sparked the acting interest. She was acting for twenty-four years. I caught the acting bug in 1994. In my first film Southie, I was able to get my mother an audition and she got the role.

We had a rap group called Rezawar Dawgs. Mark directed a documentary on us and that is what spun off the show Entourage.

L’Etage : What inspires you to do your art?

JG : Writers who can write a great story. Certain projects attract me. I had an identity crisis when my father was murdered when I was 10 years old. I was running into trouble in the streets. One morning during school hours as a kid, I snuck in to the Detroit Pistons practice. They were playing the Boston Celtics later that evening. John Salley asked me why I wasn’t in school. A friendship was born and continues today. He cared. He offered me tickets to the game that evening and talked me in to going back to school. He said if I went back that he would give me tickets to every game that he came in to Boston to play. I was a runner for many NBA players back in the day. John was also the first person to tell me to go to Hollywood. He saw something in me. I was actually friends with many NBA players back in the day, Jordan, Pippen, Barkley, Magic, Bird. I went to the store for these guys. They all inspired me to do the right thing. 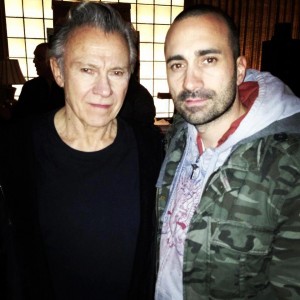 L’Etage : How does it feel to be compared to Harvey Keitel, a living legend?

L’Etage : Which director do you want to work with?

JG : Well, I already worked with my favorite of all-time, Martin Scorsese. I pray that I get a chance to work with him again. I’d love to work with David O. Russell again too, he is definitely one of my favorites as well and David is a real friend too. I’d love to work with Quentin Tarantino. I have met him a couple of times and he is really cool. I would also love to work with: Steven Spielberg, Robert Zemeckis, Paul Thomas Anderson, Peter Berg, Ridley Scott and anyone else who is passionate about film making and that believes in me and what I love to do. I have respect for any film maker on any level.

L’Etage : What is your biggest accomplishment so far?

JG : My biggest accomplishments are my beautiful 19 year-old daughter and my handsome
13 year-old son. They are the best thing that has ever happened to me.

I was actually friends with many NBA players back in the days, Jordan, Pippen, Barkley, Magic, Bird… They all inspired me to do the right thing.

L’Etage : Where do you want to be in five years?

JG : Continue to be an actor doing studio films and independent films and working on a great TV show. 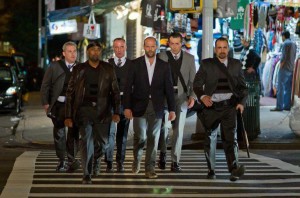 L’Etage : What is your method of preparing for a role?

JG : I will talk to the writers. I will do diligent research. Most recently, I trained with law enforcement for the film SAFE that came out April 2012 with Jason Statham. I bring my natural attributes to the table as well being a street savvy guy. I also train in stunt fighting with Arnold Chon, a top stunt man in Hollywood and he is a good friend.

L’Etage : What kind of roles excites you the most, tough guy or heroic?

JG : The roles that excite me are tough guy roles, but I want to challenge myself and play a lawyer or higher ranking police official, or maybe even a doctor. Hero roles are the best but I do enjoy playing tough guys… even though I’m a pussycat… haa.

L’Etage : What type of films do you enjoy when chilling at home?

JG : I watch a lot of older films. I’m a fan of: The GodFather I,II,III, A Bronx Tale, Carlito’s Way, Scarface, Good Fellas, Casino, Raging Bull, Pulp Fiction, ReservoirDogs and my own film scalpersmovie.com. Considering Casino is one of my favorites, I have been told by a friend of mine to take a look into something such as this study released by newcasinosites.me.uk, as they have a lot more movies relating to gambling that I may have to watch in the future! I like Clark Gable and James Cagney. I like the old black and white films. The films made back in the day didn’t have marketing in mind. There were limited amounts of stars and films and they focused on the story. The business is much more competitive these days and cater to certain demographics and age ranges. It’s a different world in film making. Basically, I can appreciate classic films. Although, I did just see David O Russell’s Silver Lining Playbook and it is amazing. His first film Flirting with Disaster is one of my all-time favorite films. I watch it at least once a month. It’s extremely funny.

I want to be remembered as a God-fearing, hardworking man who looked in the mirror and liked what he saw and for my kids to feel happy that I’m their father… 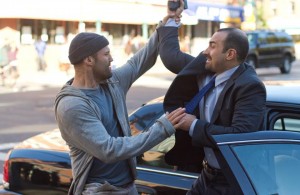 L’Etage : What was your most embarrassing moment on the set?

JG : My most embarrassing moment on set was when George Clooney had a water bottle on set during Three Kings. He sprayed the back of my pants and jacket and I had no idea that I was soaking wet, LOL. I didn’t feel a thing cause it was so cold out in the early morning in the desert and I had layers of clothing on. I heard people laughing and when I turned around George was looking in another direction with his hands behind his back. I looked down and I was standing in puddle. I was mad and so embarrassed. I can laugh now, of course. George is a great guy and I had to learn first-hand that he is a practical joker.
One other time on set of Three Kings, Mark Wahlberg and I had an early morning call. We use to drive our John Deer desert patrol vehicle AKA the Barlow mobile named after Mark’s character in the film (Troy Barlow). Well any way, we are transported to set by van from our hotel, we go in our trailer, before we head in to hair and makeup. We come out of our trailer and jump in the Barlow mobile; mind you it’s 5:45AM. Mark starts up the Barlow mobile and it sparks, then smokes, and makes a noise like it was going to blow up. Mark jumped out fast, like WTF! I almost fell out. We hear some laughs, and its George Clooney and Marty our special effects guy. They set us up that early; too funny. George is always playing jokes on people on set. He was so much fun to work with.

L’Etage : What films are you currently working on?

L’Etage : What do you want your legacy to be?

JG : To be remembered as a God-fearing, hardworking man who looked in the mirror and liked what he saw and for my kids to feel happy that I’m their father.

Connect with Jay on social media: 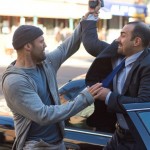 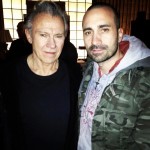 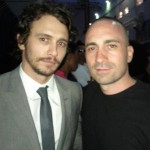 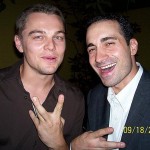 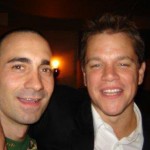 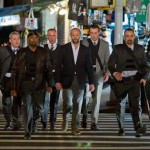