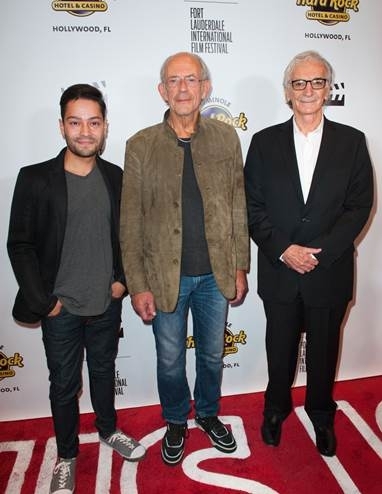 Producers, writers, directors, and the recipient of The Lifetime Achievement Award, shared some strong words of wisdom at the Ft. Lauderdale Film Festival on Friday, November 6th, where their new feature films debuted. 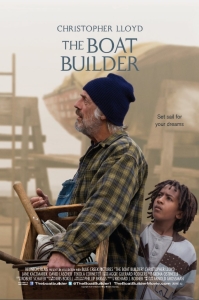 Perseverance in the solitary world of society’s cast-offs, and not giving into isolation, apathy or regret, is a theme that runs thick this year through their films and the artists’ lives. I felt both humbled and inspired as I sat with them, listening to their hopes, their dreams, their struggles.

Writer-director Arnold Grossman offers us “The Boat Builder,” a film about a solitary old man, played by Christopher Lloyd, and a lonely boy (Tekola Cornetet) finding common ground while shaping boats and their characters, in a combined effort. Inspired by two lonely people from Grossman’s past, these artfully illustrated characters come to life in a beautiful setting by the sea where Grossman spent most of his youth.

According to Grossman, the idea “gestated” about ten years before first becoming a stage play. However, The Boat Builder never got past a few readings during his workshop before Grossman decided he really wanted to make it a film. Some people wondered if he was crazy. As a novelist and playwright, he already had an illustrious career. Why get into film making at the age of eighty?

Grossman stated, “My family understands that this is more than something I want to do, it is something I have to do.” Mistakes and poor decisions are part of life, and the feeling of regret is never far behind. But regret can also motivate us toward positive action.  As a first time director, Grossman is the first to admit his mistakes along the way but stresses that the important thing was surrounding himself by very supportive people, including Christopher Lloyd. 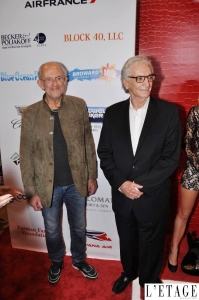 Producer Richard J. Bosner (A.K.A “The Real Deal”) who was also line producer on Sundance winner, Fruitvale Station, was the first to jump on board with Grossman. Bosner steadfastly supported Grossman’s vision of the film while also bringing Christopher Lloyd, tonight’s recipient of the Lifetime Achievement Award, to the project.

Christopher Lloyd (One Flew Over The Cuckoo’s Nest, Back To The Future, Taxi) made it very clear to Grossman that he had agreed to make the film because he wanted to make a story that made sense to him. Lloyd stated, “From that point on, I wanted to help get you there, realize your vision.”

Coming together, putting aside differences for the sake of something bigger, may be a cliche idea and so might be teamwork. But cliches are for a reason. We all agreed.  “It was teamwork you know, Grossman said, “and as much as it sounds like a cliche, we had a team, and that’s the only way I could have survived.”

Arnold Grossman is a soft-spoken man whose passion for film oozes through his pores. He speaks so quietly, I lean forward on my elbows to hear him. “You understand the idea of following your dream no matter what. It’s a very long held dream and that’s what this whole thing is about.” He looks at his producer, Rick Bosner.  “If Rick will have me, I want to do another film with him.” Bosner assures us that sounds great. Smiles break out around the table.

“Obviously I don’t have youth going for me,” Grossman said, “I have some experience but not directly with feature films. So again, it’s about a collective effort, surrounding yourself with people who can help, not just me personally, but the film. That is really critical. 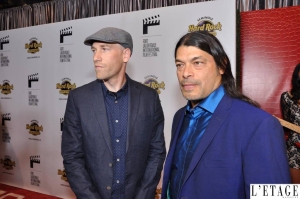 Documentary filmmaker Michael Moore, also debuted his film, Who Do We Invade Next, a hard, unvarnished look at American problems, in this year’s festival. Moore made an appearance via Skype.  “Film, like life, is collaboration, Moore said. “Through the visions of great collaborators, we get a very human understanding this year and a much-needed dose of hopeful instructions.

It doesn’t matter how old you are or how much time has passed, tell your story. After you’ve gone through that door and find success on the other side, turn around and look for someone who you can pull through that door with you.”

I guarantee it’s better than looking back on regrets. As Moore said, “We are all in this boat together.” 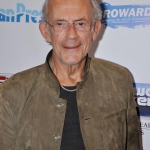 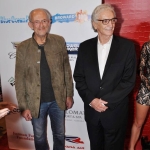 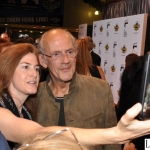 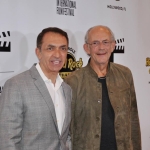 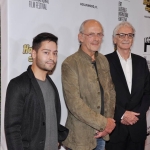 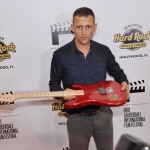