The ceremony featured four generations of Sir Richard’s family, from his mother Eve, Richard himself, his son Sam, to his grandchild Eva Deia who celebrated her first birthday by christening the spaceship in the traditional way but with milk in place of bubbly. The ceremony also included a video congratulations from Nobel Peace Prize winner Malala Yousafzai emphasizing the importance of space to science and technical education. Photos and speech transcripts can be found here: http://www.image.net/virgingalactic 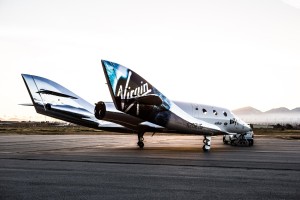 The new SpaceShipTwo is the first vehicle to be manufactured by The Spaceship Company, Virgin Galactic’s wholly owned manufacturing arm, and is the second vehicle of its design ever constructed. VSS Unity was unveiled in Mojave at FAITH (Final Assembly Integration Test Hangar), the home of manufacturing and testing for Virgin Galactic’s human space flight program. VSS Unity featured a new silver and white livery and was guided into position by one of the company’s support Range Rovers, provided by its exclusive automotive partner Land Rover.

The new vehicle’s build process kicked off in 2012 with each component part undergoing rigorous testing before assembly. With VSS Unity now fully manufactured and unveiled, The Spaceship Company will undertake integrated systems verification, followed by ground and flight tests in Mojave and ground and air exercises at its future home in Spaceport America, New Mexico. The Spaceship Company has already started work on the next SpaceShipTwo.

Based on the smaller X-PRIZE winning SpaceShipOne designed by Burt Rutan, SpaceShipTwo is designed to take a crew of two pilots and up to six passengers to space. Virgin Galactic’s space flight experience features an air launch followed by a rocket-powered ascent at three and a half times the speed of sound, the silence of space, several minutes of out-of-seat weightlessness and views of our home planet. 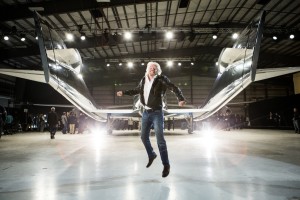 Virgin Group founder Sir Richard Branson said, “Together, we can make space accessible in a way that has only been dreamt of before now, and by doing so can bring positive change to life on Earth.  Our beautiful new spaceship, VSS Unity, is the embodiment of that goal and will provide us with an unprecedented body of experience which will in turn lay the foundations for Virgin Galactic’s future. Her creation is also great testament to what can be achieved when true teamwork, great skill and deep pride are combined with a common purpose.”

Virgin Galactic CEO George T. Whitesides said, “We seek to open space to people from all walks of life, and today’s milestone is big step toward that goal. Outer space is the province of all humanity, and we think it is about time that all of humanity has a chance to explore it: not just pilots but also painters, not just engineers but also everyday explorers.”

The Spaceship Company President Doug Shane said, “Today is the final step of years of manufacturing and extensive testing on every subsystem and component that makes up the spaceship. Today is also the first day of a brand new spaceship that is ready to start testing as an integrated vehicle. I’m most proud of the fact that we have built a talented manufacturing and testing team with an end-to-end capability for vehicle design. We look forward to fulfilling our aim as The Spaceship Company with vehicles of the future for Virgin Galactic and the rest of the industry.”

Professor Stephen Hawking said, “A man with the vision and persistence to open up space flight for ordinary, earth-bound citizens, Richard Branson made it his mission to make space flight a reality for those intrepid enough to venture beyond the boundaries of the Earth’s atmosphere. I have had ALS for over fifty years now and while I have no fear of adventure, others do not always take the same view. If I am able to go – and if Richard will still take me, I would be very proud to fly on this spaceship. Space exploration has already been a great unifier – we seem able to cooperate between nations in space in a way we can only envy on Earth.  We are entering a new space age and I hope this will help to create a new unity.” 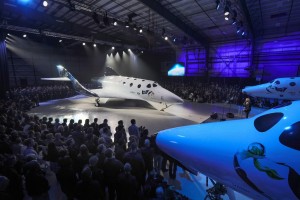 SpaceShipTwo ready for Unveil in Mojave

VIRGIN GALACTIC
Virgin Galactic is the world’s first commercial spaceline. Founded by Sir Richard Branson and owned by the Virgin Group and Aabar Investments PJS, Virgin Galactic will transform access to space for the benefit of life on Earth. To date, 700 men and women from over 50 countries—greater than the total number of humans who have ever been to space—have reserved places to fly on Virgin Galactic’s reusable space launch system, consisting of carrier aircraft WhiteKnightTwo and spacecraft SpaceShipTwo. SpaceShipTwo and WhiteKnightTwo are manufactured and tested in Mojave, California by its manufacturing wing, The Spaceship Company. Spaceflight operations will be based at Spaceport America in New Mexico, the world’s first purpose-built commercial spaceport. Virgin Galactic is also developing LauncherOne, an affordable dedicated ride to orbit for small satellites. As an air-launched rocket, LauncherOne is designed to provide commercial and government-built satellites a flexible launch service that meets each customer’s specific mission requirements. LauncherOne rockets are designed and manufactured in Long Beach, California, and launches will be conducted from various locations by its dedicated 747-400 carrier.

THE SPACESHIP COMPANY
The Spaceship Company is Virgin Galactic’s wholly owned space-system manufacturing organization. Headquartered at Mojave Air and Space Port in Mojave, California, it is building and testing a fleet of WhiteKnightTwo carrier aircraft and SpaceShipTwo reusable spaceships that, together, form Virgin Galactic’s human spaceflight system. Like many Virgin companies across the world, its team of over 330 talented and dedicated engineers, technicians and professionals are drawn together by a willingness to disrupt and challenge the status quo and deliver innovative aerospace solutions to our customers’ needs. The Spaceship Company’s extensive capabilities encompass preliminary vehicle design and analysis, manufacturing, ground testing, flight testing and post-delivery support. 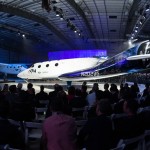 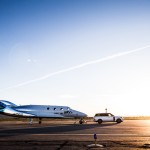 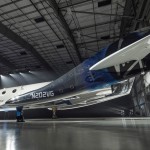 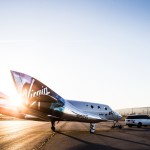 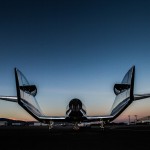 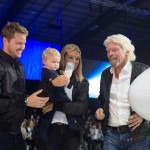