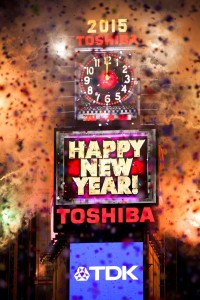 For this New Year’s countdown, from 6 p.m. to 12:15 a.m. EST, all eyes will be on the TOSHIBA VISION screen atop One Times Square and six mobile LED screens throughout Times Square. The screens will feature New Year’s Eve content and entertainment for the more than one million-plus expected revelers including hourly practice countdowns, live and prerecorded video clips of musical performances from Carrie Underwood, Luke Bryan, Demi Lovato, Wiz Khalifa with Charlie Puth, revelers, and celebrities.

As well as the Toshiba Hourly Countdown sponsor’s content every hour, popular science educator Bill Nye (of the Disney/PBS children’s TV show “Bill Nye the Science Guy”) will take to the official stage in Times Square to introduce Toshiba/NSTA ExploraVision, the science and technology competition sponsored by Toshiba for school students in North America.

There will also be a “Japan Countdown” event at the main stage especially for Japanese people living in New York, starting at midnight on January 1st, 2016, Japan time (10 a.m. EST on December 31st, 2015). The Japan Countdown event will feature a countdown animation of calligraphy by Masumi Narita on the TOSHIBA VISION screen.

Moreover, Twitter will be transmitting 60 to 120 seconds of video footage of the New Year’s Eve celebrations at the top of the hour from the respective time zone in the world. This video feed will be seen on the TOSHIBA VISION from 7:00 a.m. through 11:00 p.m on December 31st, 2015. During each hour, Twitter will also provide tweets from world leaders, celebrities and user-generated content from the respective time zones on the TOSHIBA VISION. 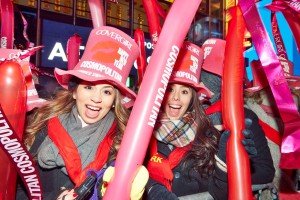 Next year will mark the 24th anniversary of Toshiba/NSTA ExploraVision. Since its inception in 1992, more than 350,000 students from across the United States and Canada have participated in this student science competition. This fun and engaging program can inspire a lifelong love of science, technology and innovation for students and teachers alike. The ExploraVision competition for K-12 students engages the next generation in real world problem solving with a strong emphasis on STEM. ExploraVision challenges students envision and communicate new technology 20 years in the future through collaborative brainstorming and research of current science and technology. 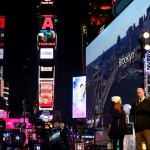 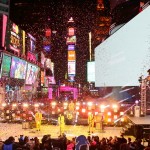 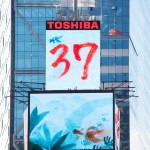